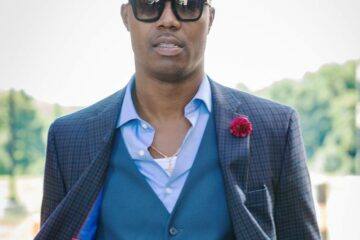 Kofi Daeshaun is a Ghanaian born musician currently based in Virginia, USA .He has been doing household hiphop music for years. Kofi Daeshaun attended exclusive preparatory and private boarding schools till he graduated the Ivy-league styled University of Ghana. He then moved to New York City where he earned an Read more…
By , 51 years ago

Nonso Amadi is a Canadian-based Afro- R & B, Soul singer and producer from Nigeria. He embarked on his music career in 2012 while at Covenant University where he studied BSc. Chemical Engineering. In 2014, he discontinued studying in Nigeria and moved to Swansea University, U.K. and completed his degree. Read more…
By , 51 years ago

Ichaba whose real name is Mayowa Olusanya is a fast rising Nigerian Singer & SongWriter signed to Appe Music Entertainment. The Afro musician hail from Oyo state. Ichaba made his first appearance on the big screen featuring on his label mate Dremo’s hit song titled “Normal Levelz”, as well as Read more…
By , 51 years ago

Dizzy Dee, one of Melbourne’s forefront solo reggae musical offerings with several number one hit singles such as ‘Never See We Fading’ ’Perfect Peace’ and ‘Time Shall Tell’ all topping the iTunes Charts upon release. Dizzy Dee whose real name is Desire was born in Zimbabwe and spent his early Read more…
By , 51 years ago 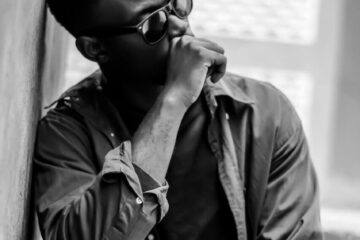 Being out in front of people and just being ‘The Man’ might sound like a vague and ridiculous dream to have, but for DERRICK BOATENG it might be the most appropriate thought to cross any mind. Known in showbiz as 1CeDi, he has been rapping since the third grade and Read more…
By , 51 years ago

Sugar Mole is the stage name of Nana Agyemang Frimpong, a Ghanaian recording hip-hop/rap artiste. Sugar Mole who has been living all his life in Kasoa completed his secondary school education at Mfantsipim School; he continued to study further at the Kwame Nkrumah University of Science and Technology (KNUST). The Read more…
By , 51 years ago

Ogochukwu Oye better known as Ogoo was born in a close-knit Nigerian family in Awka, Anambra State in Nigeria. Her passion for music has always been there since her teenage years, and somehow crowns her mum’s prediction that she would be a singer and dancer. Perhaps this explains why years Read more…
By , 51 years ago

Mabel Oine Alubo, whose stage name is BELLA, is a Nigerian recording and performing artist. She was born on August 9th, 1993 in Jos, Plateau, Nigeria.  Her early musical influences growing up were an interesting mix of different sounds from the likes of Eminem, Ray Boltz, Plantashun boiz, R-Kelly, Daddy Read more…
By , 51 years ago

Dapo Tuburna is an Afrobeat musician born in Lagos Nigeria, on February 1st, 1992, Oladapo David Olajide is best known for his vocal strength and prowess as a recording artist, his poise and charisma as a performing artist, and his knack for storytelling as a songwriter. Dapo Tuburna grew up, Read more…
By , 51 years ago

Cobhams Emanuel Asuquo is a Nigerian-born songwriter/music producer/singer who started his academic training as a lawyer, but veered into music full-time to fulfil a lifelong desire he nurtured, (although admittedly silently)! Twelve years of consistently working at his inner calling have today rewarded Cobhams with a name that is synonymous with Read more…
By , 51 years ago

The music scene in Ghana has in recent times witnessed a sudden bloom of amazing talents. From rappers and singers to producers. One of these extraordinarily talented musicians happens to be Ghanaian born Singer/Songwriter by the name “KING PROMISE”. His artistic name is derived from his actual name ‘Gregory Promise Read more…
By , 51 years ago

Franklin Attakora Boateng is the real name for Ghanaian urban gospel artiste Lil Zig whose main objective is to draw the youth closer to God through Christ using their individual gifts. Lil Zig who has been living all his life in Tema completed his secondary school education at the Kumasi Read more…
By , 51 years ago 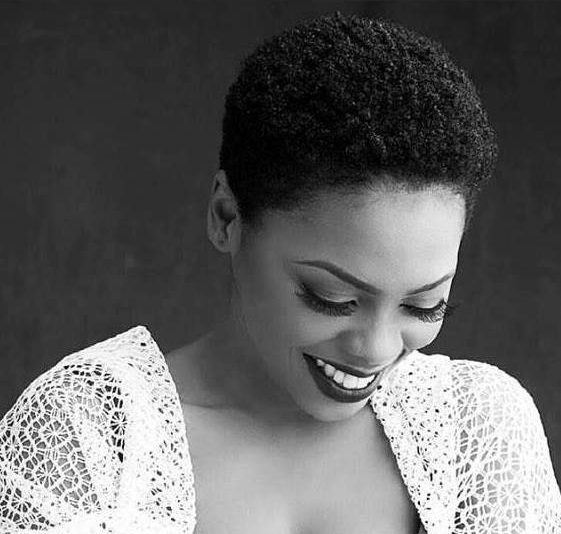 Chidinma Ekile (born 2 May 1991), popularly known by her stage name Chidinma, is a Nigerian singer-songwriter, recording artist and stage performer. In 2010, she rose to stardom after winning the third season of MTN Project Fame West Africa.Following the release of the music video for her “Emi Ni Baller” Read more…
By , 51 years ago 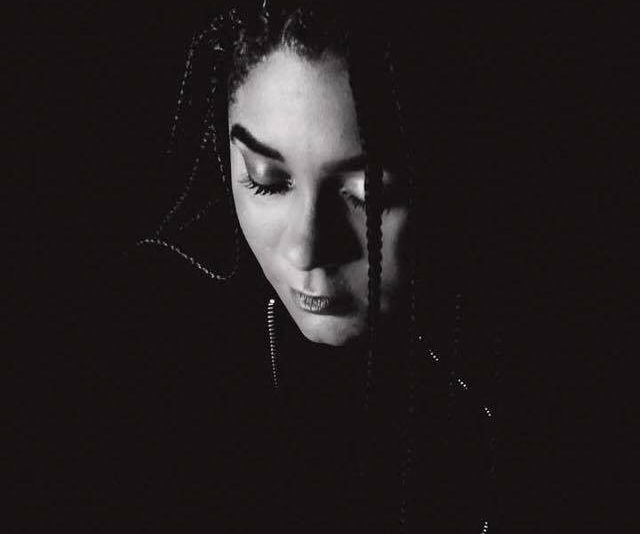 Barbara Psorakis known in showbiz Circles as Sorakiss is a multi-talented young Ghanaian Singer, Songwriter, Actress, Model and a TV presenter She was born in Tema on April 11, 1994, to Mr George Psorakis and Madam Elizabeth Frimpong. Sorakiss attended Ola Junior High in Cape Coast and Ola Senior High Read more…
By , 51 years ago

Ozane whose real name Hosana Kokou Messan Kenou, is a singer and songwriter (beatmaker) from Togo and born on June 5, 1991 in Lomé. At age 13 when he was in college, he discovered through his mother’s cyber business (Business Center), a  beatmaking software. He then formed a band with his Read more…
By , 51 years ago 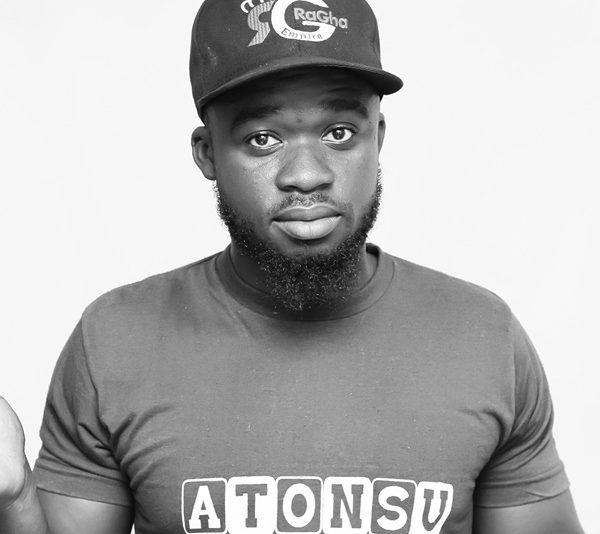 Bernard Opoku Agyemang, known by his stage name Ratty Ghana, is a Ghanaian rapper, a singer, songwriter and entrepreneur from Kumasi. He is considered one of the major proponents of the rap music in Ghana. He is an old student of Good Shepherd School and Opoku Ware Senior High School. Read more…
By , 51 years ago

Winnie Kwesi Agbofoatsi (born January 24th, 1991), known professionally as DJ Quest Gh, is a Ghanaian disc jockey, Journalist, SongWriter, Educationist and a musician. DJ Quest who hails from Volta Region in Ghana was born and raised in Aflao a busy town close to Togo border, a niche where he Read more…
By , 51 years ago

Bebe Cool (born 1 September 1977) (real name Moses Sali) is a top African fusion, reggae and ragga musician from Uganda. He started his career around 1997 in Nairobi, Kenya, but a few years later he moved back to his native country. Bebe Cool was one of the first artists Read more…
By , 51 years ago 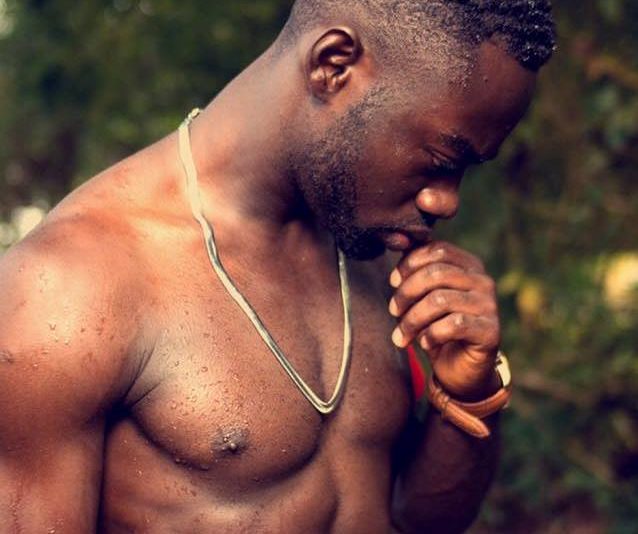 Mayani Pelo Luhabanya (born July 30, 1998 in Nyarugusu Camp, Tanzania), better known by his stage name Mayestron, the insanely Tanzanian born an Irish rapper, singer-songwriter, producer and director. Mayestron has become more popular for his first hit single Nothing to Share which was distributed by Spinnup the biggest music Read more…
By , 51 years ago
Welcome, visitor!