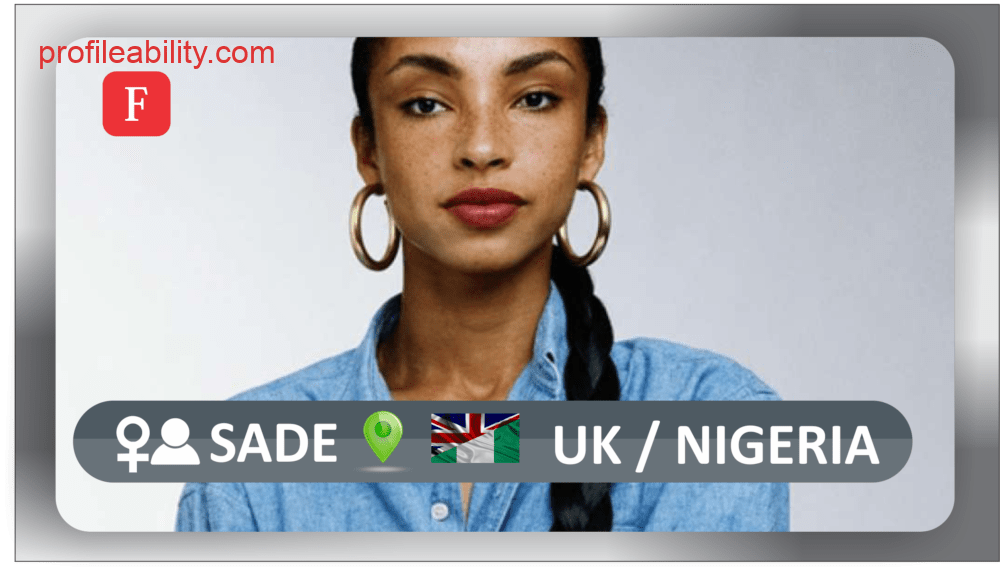 Sade Adu, born Helen Folasade Adu is one of the top Nigerian female Musicians. She is British Nigerian in terms of Nationality and spends a great deal of time in Britain. She is a renowned singer and songwriter since 1982 to present; Sade Adu is a fashion designer for men having studied fashion and design from her alma mater, Saint Martin’s School of Art and is a part-time model. Her star shone brightly after she led the Sade English Band backed up by Stuart, Matthewman and Paul Denman. She has since then released various music albums such as Diamond Life, Absolute Beginner, Stronger Than Pride, Promise and Lovers Rock. The Soldier of Love which was released in 2010 gave a groundbreaking record with overwhelmingly positive reviews and the first week’s sale of copies did hit 502,000.

Sade Adu holds two Grammy Awards titles; Best Pop Performance by a Duo/ Group with Vocals and Best R&B Performance by a Duo or Group with vocals. The group has aggressively traveled the world popularizing this album after 24 years, 10 months and 2 weeks break from music through which Sade Adu raised up her family. Sade is referred to as the queen of soul and true to that she has the best vocals even at 59 years of age. She is very influential even to this day with the No Ordinary Love video having great viewership on YouTube. He wide based and versatile style of music has made her the most popular Nigerian musician worldwide. Her net worth is estimated to be $53 million.