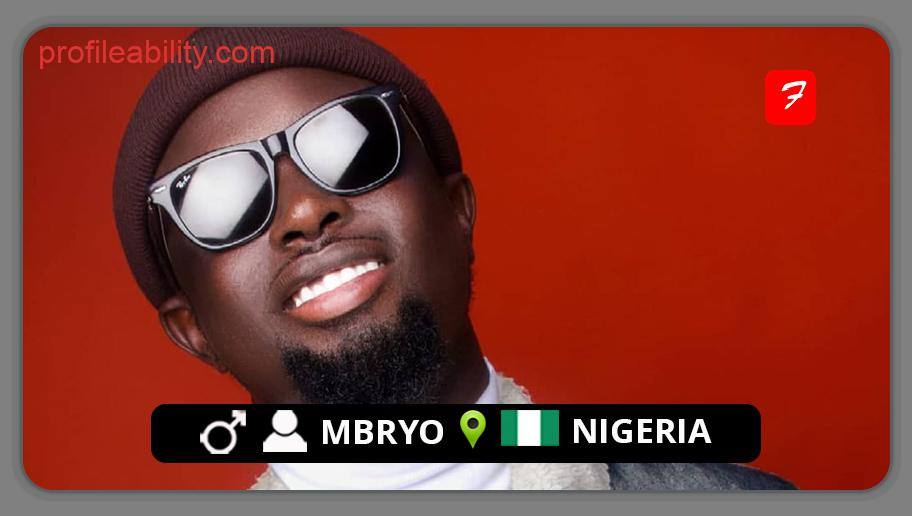 Mbryo is the first of seven children born into a devout family with a preacher father and an entrepreneurial mother. He grew up in a church with his pastor father, plays guitar, drums, and keyboards, and is also a songwriter and song producer.

He has a diploma in mass communication. The multi-talented pop star attributes his unusual voice and style to God’s favour, describing himself as an ardent optimist, football fanatic, Gemini, and firm believer in God.

After obtaining a record deal with Ruggedman’s ‘Rugged Record,’ he rose to prominence in 2012, becoming one of the greatest in the entertainment industry.

Mbryo, who performs a combination of Soul RnB and Afro Pop, has a slew of popular singles, including “Remote,”‘Take Over,” and “Loyalty,” to mention a few.

Other artists who have collaborated with him include Yung XP and Olamide, as well as producers including D’tunes, Woyesound, and Mr Vine.

Mbryo Says Thank You to Everybody.