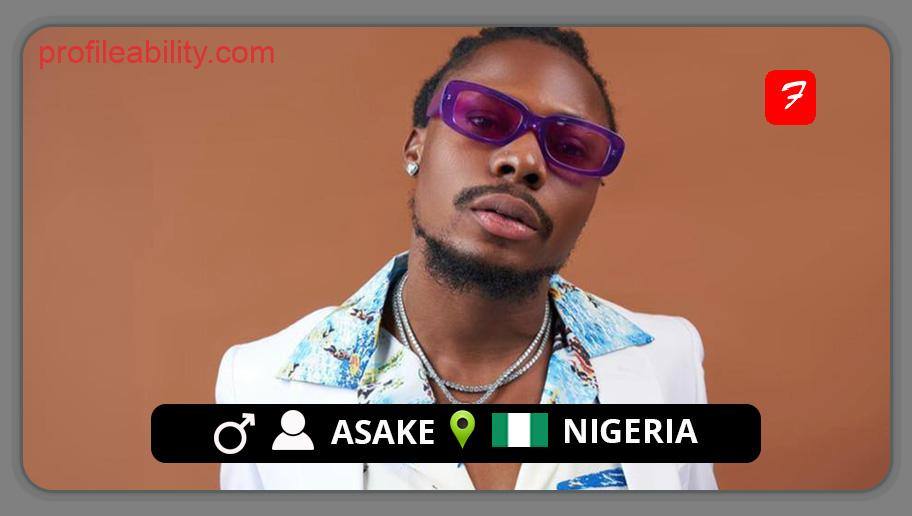 Asake, otherwise known as MR MONEY is an Afro-pop and Afrobeat musician from Nigeria. He was born Ahmed Ololade, in the late 1990s and brought up by Yoruba parents in Lagos, Nigeria. He is a singer and songwriter.

He received his Bachelor of Arts degree from the Department of Theatre and Performing Arts at Obafemi Awolowo University in Ile-Ife, Osun State.

He rose to prominence in 2020 after his freestyle “Lady” went viral, eliciting a tremendous response from several prominent internet influencers such as Broda Shaggi, Sydney Talker, NastyBlaq, and others.

His foray into music was entirely coincidental since he began as a dancer and worked with a variety of dance organizations and theatre companies in high school before attempting his hand at music.

‘’Mr Money,’’ his first song for 2020, re-emphasizes his confidence in himself and being loyal to his identity as he makes his mark as one of the fast-rising artists in the Nigerian music scene.

His hard work and perseverance earned him a nomination in three categories for the 2020 City People Music Awards, for which he received two of the three nominations, including the title of Most Popular Song of the Year.

Asake has also been on some of the year’s most anticipated tracks, including ‘’Star’’ by Broda Shaggi and DJ Xclusive’s ‘’Gegeti.’’ He collaborated with Afrobeats powerhouse Peruzzi and Zlatan on the remix for his 2020 smash track “Mr. Money.”

Proud to be part of @youtubemusic’s YouTube Black Voices Music Class of 2023.