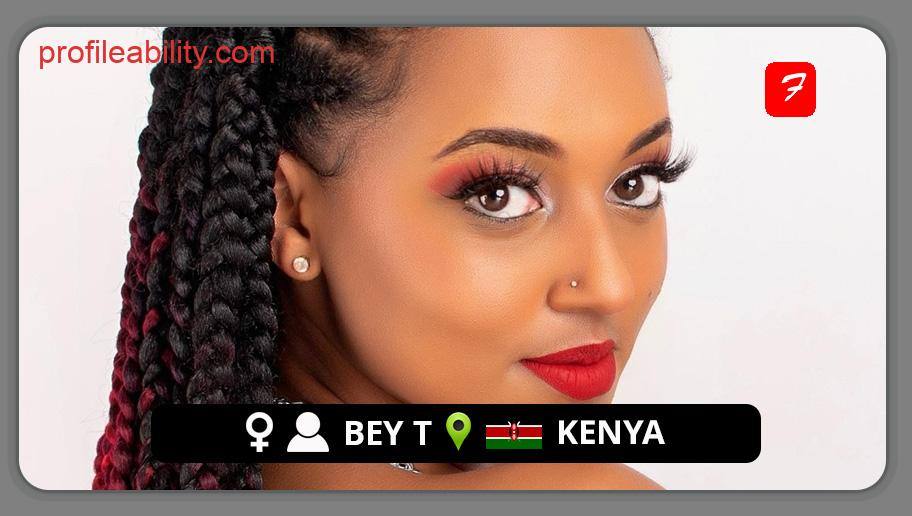 Bey T, born Betty Atsedu on July 24, 1999, is a Kenyan hip-hop musician and rapper. The 22-year-old is yet another rising talent in the East African music industry. With her incredible lyrics and unique flow, the Kenyan-born singer and rapper is fast ascending to prominence. Her genre is Afro-soul, Hip Hop, Pop, and Afro-pop.

Although she is Kenyan, she spent much of her childhood in Ethiopia, Eritrea, and the US. Bey T went to Loreto Convent for elementary school and then to Braeside High School in Lavington, Nairobi, a member of the Braeburn Group of Schools.

Her journey as a musician dates back to 2017. However, in 2018, she soared to prominence and burst into the scene with the publication of her debut solo singles, “If They Dunno.”, ‘’Bad Bad’’, ‘’Vision’’ and ‘’Face Time’’. Bey T also released her debut EP, ‘Concept; Vol 1’, in which she demonstrates her literary skills as well as her incredible flow.

In February 2019, Bey T was ranked among the top ten travelers to Cape Town for a masterclass. She traveled to Cape Town with other renowned Kenyan craftsmen like Nikita Kering, Karun, and Boutross, thanks to the assistance of Mr. Eazi, emPawa Africa.

Later that year, she also established a name for herself with her verse in Khali Carte 3 alongside Khaligraph Jones and other rappers.

Bey T - Where (Has The Time Gone) [Lyric Video]

Bey T - Where (Has The Time Gone) [Official Audio]

Don to the donna