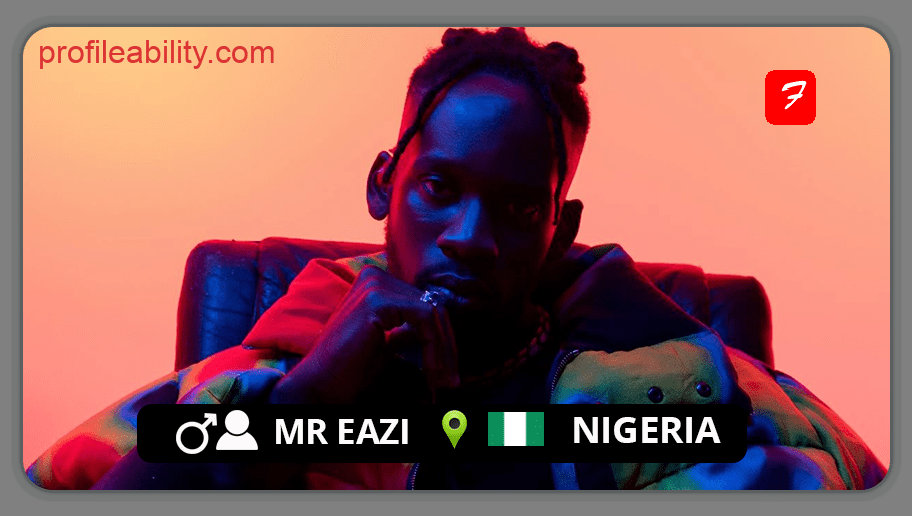 Mr Eazi, born Oluwatosin Oluwole Ajibade on July 19th, is a Nigeria Afrobeat musician. He had his basic and secondary education in Lagos, Nigeria, and university education in Ghana.

He first discovered his passion for making music when he started recording music for free at PeeWee and Klumonsta studios, where he released his breakthrough single “PIPI DANCE” and recorded his first mixtape “About to blow” produced by Klumonsta. He went on to record “Bankulize” Remix which was a single of the “About to blow” mixtape with Uk based Ghanaian frontline producer Dj Juls. The music is made in Ghana, inspired by Ghana but Mr Eazi has no nationality, he’s a worldwide citizen.

This new mix propelled Mr Eazi to stardom and paved the way for other hit songs like “Skintight”, “Hollup” and Sample you”

Branding his Genre “Banku Music” ( A subset of Afrobeats ) which is characterized by laid back ( itis-like ) deliveries on majorly afro-soulful instrumentals, influenced by his Ghanaian/Nigerian cultural upbringing.  Mr Eazi is the fastest rising Afro-beats artist with four Hit singles already to his credit.

He Currently shuttles between Nigeria and Ghana at the moment for both Music, Business, and Family.

What do I do for a living?

I don’t wanna do no koro baby make we legalize

Out Now - Legalize: The Art Experience

Back on the Road #CitySplashFestival 15k strong

Mr Eazi - Love For You (Visualizer)