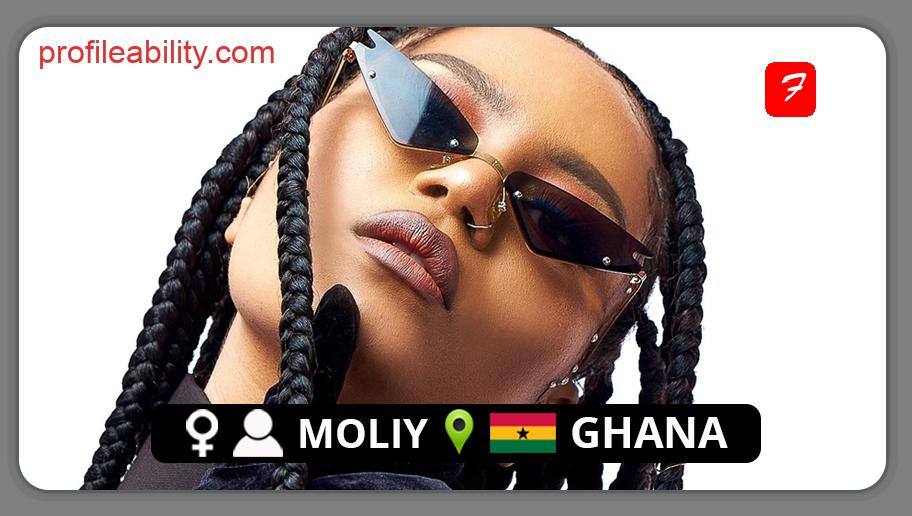 Molly Ama Montgomery, better known by her stage name Moliy, is a singer and songwriter of Ghanaian and American heritage. With a seductive and engaging voice, she makes her debut as an Afro-Fusion Artist who delivers all kinds of flames to Ghana’s alternative music industry.

Moliy spent her upbringing in Accra and Orlando, Florida, where the musical sounds of Afrobeats, Reggae, Soul, Jazz, and Hip-Hop inspired her creative interests at a young age.

Her passionate love for music was further fueled by numerous Karaoke performances with family and friends, which helped her build her distinct musical talent with soulful voice and compositions.

Moliy takes use of the worldwide internet realm to present her creative variety and voice through provocative freestyles on social media, self-identifying as a genre-bender who enjoys all genres of music.

Despite a year afflicted by a worldwide pandemic in 2020, Moliy captivated listeners by deliberately releasing “Wondergirl,” an excellent body of 6 tracks with a distinct Afro-Fusion sound that boldly marked a pivotal time in her career. The EP has received broadcasts in Nigeria, The Gambia, and Kenya after successfully crossing Ghana’s borders.

Moliy’s major goal as one of Ghana’s most promising upcoming musicians is to establish herself among the new generation of lively female stars making a way for herself in a largely male-dominated business. Moliy will be seen and heard on venues and platforms all over the world for years to come, thanks to Ghanaian music’s global development.

Guide Radio One Up Artist

Moliy - Cool it down (audio)