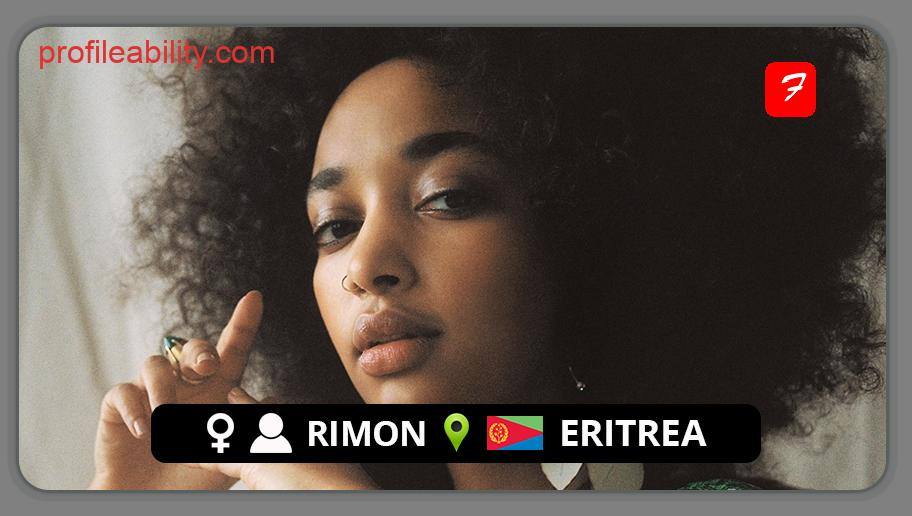 Rimon is an Eritrean-born R&B/Soul singer who has emerged as one of her generation’s most promising sounds. The singer/songwriter who was born in 1997, was raised in Amsterdam. Her deep, melancholy, and upbeat music combine dancehall, neo-soul, and hip hop influences.

After dropping out of school at the age of 17 to pursue a music career, Rimon was introduced to composer Samuel Kareem and launched her career as a member of the Amsterdam-based musical group Alle$ Lifestyle.

She made her debut with the song “Grace,” which was released in January 2018. The music, as well as the video production, are big but intimate, culminating in a magnificent ensemble that portrays herself.

Rimon has made several releases including her sophomore EP, ‘’BBYGURL FOCU$’’ as well as her second EP entitled ‘’I Shine, U Shine,’’ released on May 14th, 2020, which was a more rap-adjacent approach and featured the likes of Darrell Cole and Denzel Curry. The EP was a love-addled R&B, conveying a powerful message to elevate not just herself, but women all around the world.

She has so far made a name for herself amassing millions of streams and views, performing throughout Europe as well as Asia.

Her deep and luscious vocals have unquestionably placed her on a route to stardom.

One of my most memorable experiences in my life. 20/20 video was a life altering journey🇪🇹

Do you cry at night?

after almost a year of working on this visual, I can finally say that it’s coming 2 you very soon 🤍

RIMON - Been Around The Globe (Audio)