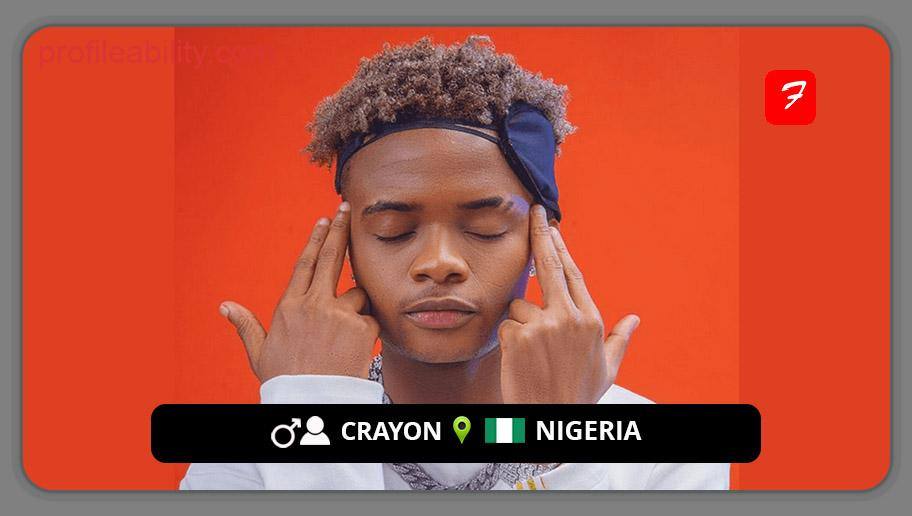 Crayon is a Nigerian gifted artist on the ascent who rose through the ranks in inner-city Lagos until being discovered by in-house Mavin producers.

Crayon’s musical creativity is unrivalled. He is seen as having a lot of potentials. He is a multi-genre performer that performs pop songs with a combination of local Afro-beats, Latin, and Caribbean rhythms.

An amazing singer and composer with a wide range of influences, Crayon has established his own route with his infectious songs since breaking onto the scene.

Crayon’s debut EP, “Cray Cray,” was one of the most well-received releases of 2019, with songs like “So Fine” and “Gock Am” becoming global fine ladies’ anthems. His breakthrough single, “So Fine,” is based on a lover’s sweet promises to his lady. He was named to several “Ones to Watch” lists and was nominated for “Rookie of the Year” at the 2019 Headies.

Crayon is the Prince of Bright Pop Melodies in Nigeria. His voice is excellent, capable of enthralling music lovers and drawing your attention right away.

48 hours of Overloading (Overdose) in LAGOS | I went back to my high school!! 🔥🤓

Crayon and his crew vibing to his new Kpano jam

Crayon explains Kpano's lyrics and Facetimes fans who got the lyrics right.