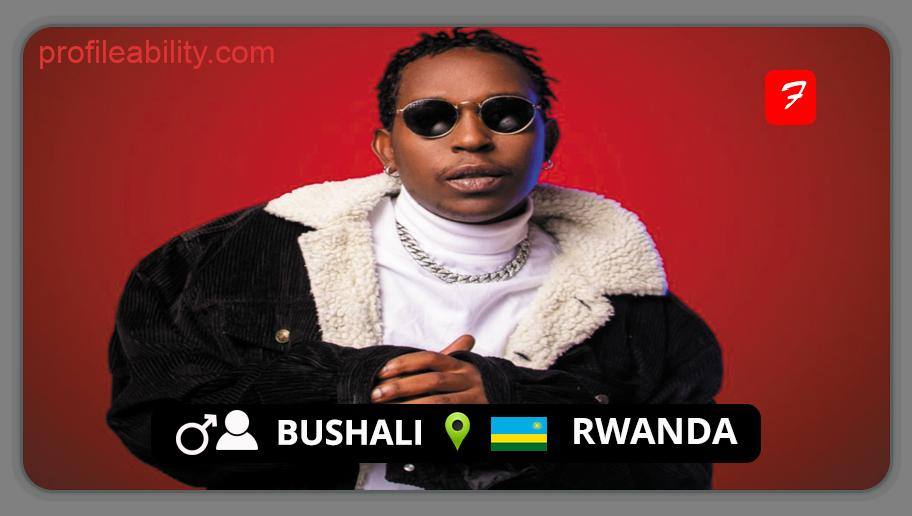 Jean-Paul Hagenimana better known as Bushali (BUSHALI THE TRIGGER) is a Rwandan rapper, singer, and songwriter. Born in Gikondo, Kigali, Rwanda, and best known among the youth by his Kinyatrap music style (use of the official language of Rwanda) centered on the lifestyle of the youth in today’s new media age.

Motivated and inspired at age 24 by many American rappers like Young Jeezy, Gucci Mane, and many others, Bushali believed he could integrate such style of subgenre into the Rwandan music style. He describes Kinyatrap as “Kinyarwanda hip-hop combined with some melody”.

However, his music career started in late 2013, when he joined Green Ferry Music supported by Pogatsa and made his swift rise after he gained popularity from the release of his debut single, “Tabati” in the year 2018, and various features alongside other artists from Green Ferry Music.

After several releases and featuring, Bushali released his first album, Nyiramubande that had a few singles like Tabati, Kugasima, Yarababaye, Ibitababye, and many others that made him one of the best Kinyatrap artist and gained him more popularity.

Besides his fame from the release of several hit tracks and albums, Bushali has been attributed for his marvelous and exciting stage performances, which he says he takes seriously for the sake of his fans.

Although, as the explorer of Kinyatrap music, it’s Bushali’s biggest dream for many artists to incorporate and explore local variations of Trap Music to grow Kinyatrap in and beyond Rwanda as they collaborate with other international artists.