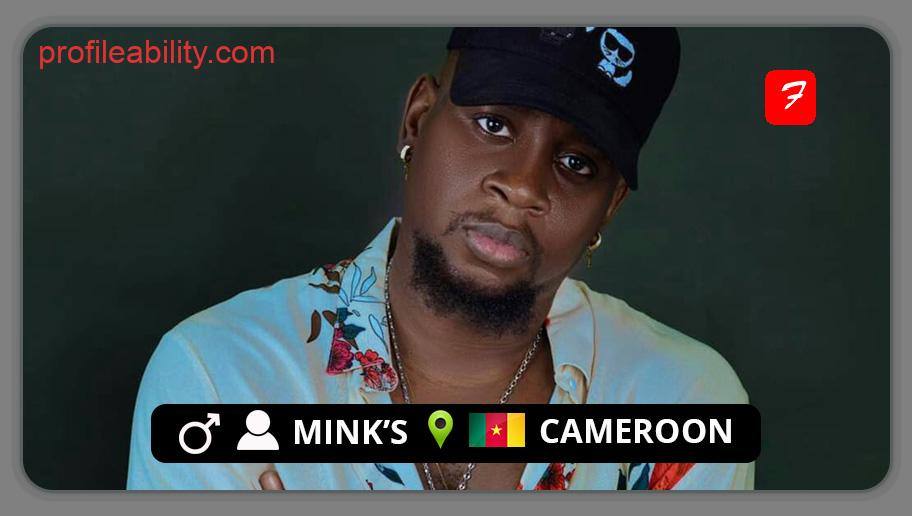 Mink’s, born Mikada Frank Stéphane on August 19th, 1990 is a Cameroonian Hip-Hop rapper who is regarded as one of the forerunners of trap music. He hails from Bonamoussadi, Douala in Cameroon. His clear voice, composition, and stage presence helped him to establish himself as one of the finest. Mink’s engages his followers with a style that consists of hilariously expressing the world around him, which appeals to both young and old audiences.

Mink’s got his start writing raps in 2008, while still a student at Laureates College. He and the neighborhood lads were heavily influenced by the likes of Kanye West, Youssoupha, and Jay Z. As a way to hone his skills, he competed in several rap contests, including Mboa Come Test, NSC3, AKDMY, MTN Make the Music, and the Final Cameroon Hip Hop Talent search.

Following his successes in numerous rap competitions, he was signed to the Ach4life label, where he worked with Achille Djoumsie, manager of several notable musicians, including Cameroonian RnB sensation Duc-z.

His most recent single, ‘’Booster,” starring Kameni, Nernos, and Z-Tra, demonstrates how he pulls inspiration from societal truths and depicts what is going on around him with comedy as he shifts his moods on the song.