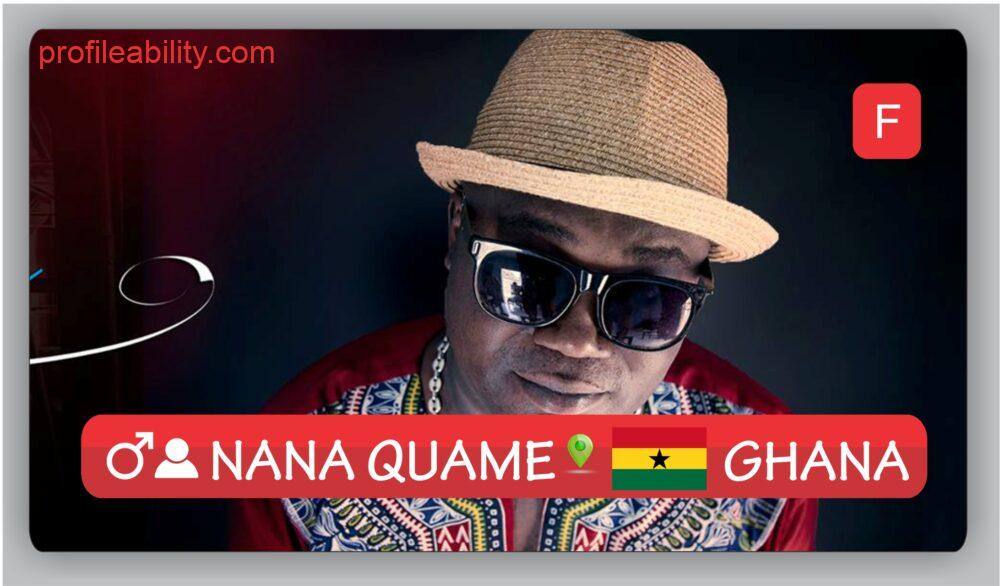 His talent and passion , was discovered very early, and was developed through dancing, rapping and finally the aggressive young singer.

Nana Quame at a very tender age started-performing in talent show despite his extremely young age he won a talent show on national television doing the rendition of the Ghanaian musician Kojo Antwi.

In 1996 Kojo Antwi discovered Nana Quame as known in showbiz when he won the best Year Award at His Majesty Nite Club. He featured in the various hit songs at that time such as masan aba by Akyeame which was the number one hit during that time, Philomena by Tictac which got a lot of air play and sales too as well was also a mega hit on the top chart and Tom & Jerry by Kojo Antwi.

As anticipated Nana Quame released his sophomore Album under Kojo Antwi’s record label Family Spirit. The Album caused a stir in the Ghanaian music scene topping the chart, staying at number one for long.
Nana Quame now so big has became a force and Major Ghanaian labels started giving him big offers to lure him into their fold till Slip Music signed him on their label.

He released his second album Odo Shock, which was such a phenomenon hit. It stayed on the chart for 30 weeks,he soon distinguished himself as a singer and an entertainer of prodigal’s ability.
Odo shock, which was a hit, took the singer to another level. He mounted stages alongside big Artistes in Ghana and UK.

Nana Quame has to his credit successful shows such as Loud In Accra 2000, he was the first Ghanaian to perform at the Carnival 2000 in UK and Ghana Independence Day Celebration UK, Miss Ghana 2001(Ghana), Africa Durb(UK) and will be performing at the Miss Ghana New York coming this year.

He went on the road for 3 months touring all over Ghana performing he was assorting out artiste performing everyday.

He is such a great performer and a showman ,his acts are very captivating and distinct, he is also very creative. Nana as he is called has performed in England, USA and other African countries.

In 2002 he followed with his new album called Nana Quame released under his record label NQ Records. Nana Quame known for consistence and reputation made the album a hit and climbing the chart selling 500,000 copies every week.
Nana’s weapon is his scintillating voice he is a talented singer and as well as a songwriter, as a man dedicated to his goal and belief he is bound to be a hit.

He has won a lot of awards and also has had a number of nominations too. He was nominated in the 5 categories during the Ghana Music Awards 2003. He won the Best Male Vocalist for the year 2003. He has lot of tours to make both in Ghana and Europe among others.

He owns a traditional Afro band, which plays along side with him wherever he goes. What is so phenomenon is he always perform with live instruments. His style of music has the fusion of Ghanaian highlife and R & B; he also sings traditional Yaaponsa music, which is the original Ghanaian music.