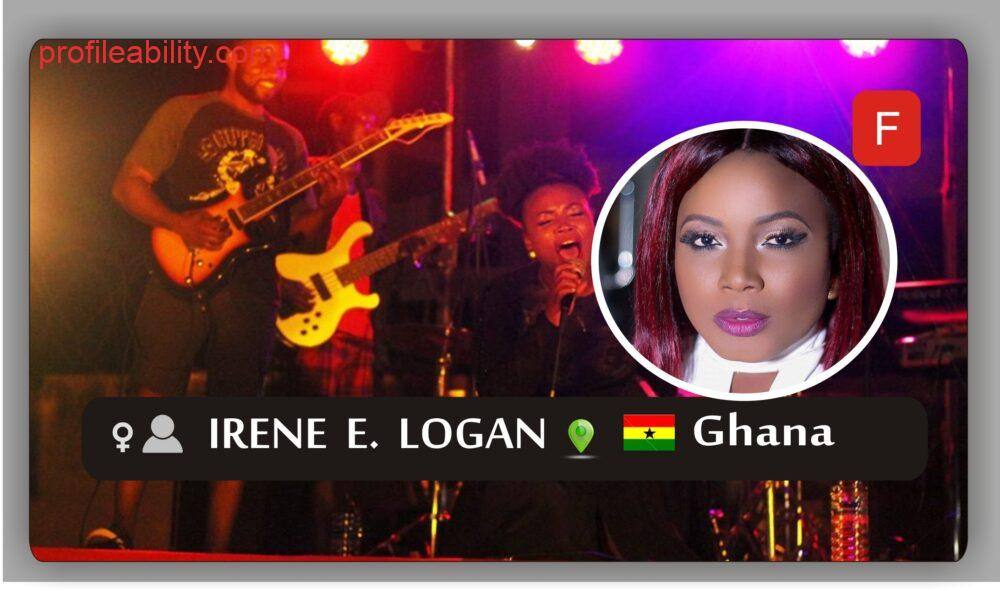 Ghana based Liberian born Afrosoul/Afropop singer, Irene Logan was born on February 16, 1984 in Monrovia, Liberia. She is an eclectic singer/songwriter who broke out of famous “Irene and Jane” group, constituted of herself and Jane Fausier Awindor (Efya).
Irene lost her father when she was 3 months old and relocated to Ghana with her mother due to civil war in her home country. Upon moving to Ghana, her mother got married to a Ghanaian.
Irene Logan grew up surrounded by music, her step-dad a guitarist and singer while her mother was a popular gospel artiste in Liberia before moving to Ghana. She has her first go at a microphone at age 3 and at 5; she performed at the National Theatre with the Christian Action Faith Ministry. It was a gospel rock show where they sang ‘People need the Lord’.
Irene has been riding a successful solo career since 2009 with hit songs like “Run away”, “Kabila”, “Na me dey there” and many more.
Irene Logan is an effortless creator of music who tells stories picked up through journeys of life. Her type of music is a soulful portrayal of the sounds of Africa.
Irene Logan’s music is generally inspired by the diversity of Africa, as she was born in Liberia and bred in Ghana; thereby witnessing different cultures of the beautiful continent.

Irene Logan got exposure to fame in the maiden edition of the Stars of the Future talent show in 2006.
During the competition, the Ghanaian public showered her with love and admiration, as her passion proved her to be an effervescent into the music scene. Irene Logan went on to win “Stars of the future”, thereby solidifying her place as Ghana’s favourite vocalist.

Irene Logan met Jane Fausier Awindor (Efya) on Stars of the future competition and the two soon formed a bond that birthed one of Ghana’s most successful groups. Irene and Jane revolutionised the music industry with songs like “baby” and “heated up”. Their hard work was acknowledged with nominations at the Channel O Music Video Awards, KORA awards and the Ghana Music Awards.

Irene has been singing professionally since 2006 and she was unveiled as one of Glo Ghana’s Brand Ambassador in 2009.
Irene’s music can be downloaded on soundcloud, reverbnation, hulkshare and youtube

Use Form Below For Booking Purpose Only