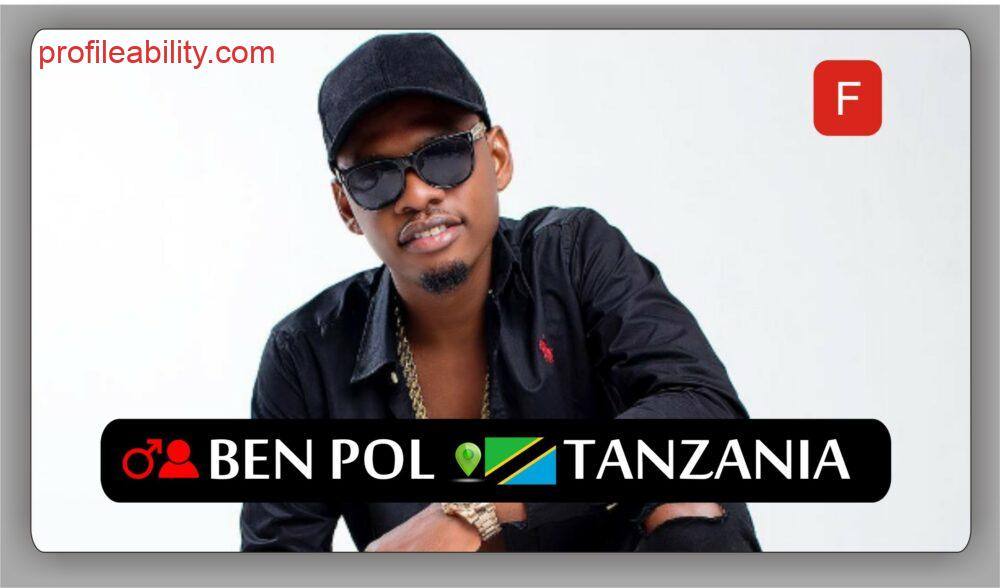 Benard Michael Paul Mnyang’anga aka Ben Pol is an award-winning singer and songwriter mainly prolific with R&B tunes that have always graced the top tables of Tanzanian radio charts. His last production, “Sophia”, a major hit in 2015, reached the highest ranks of most notable charts. Other well known hits from this “Dodoma boy” are “Jikubali”, “Samboira”, “Unanichora” feat. Joh Makini, “Maneno”, “My Number One Fan” and “Nikikupata” to name just a few songs out of a long catalogue of music from this Bongo talent.

In 2011, Ben Pol won his first Kilimanjaro Tanzania Music Award for “Nikikupata”. Another award for Best R&B Song was won in 2012 with “My Number One Fan” and in 2013 he grabbed the prize for Best Songwriter.

Ben Pol is also one of 26 of the hottest African artists from Kenya, Tanzania, Uganda, Nigeria and Mozambique selected to participate in season 3 of Coke Studio Africa.

His live performance skills make his appearences on stage fully engaging and attract crowds in the thousands.