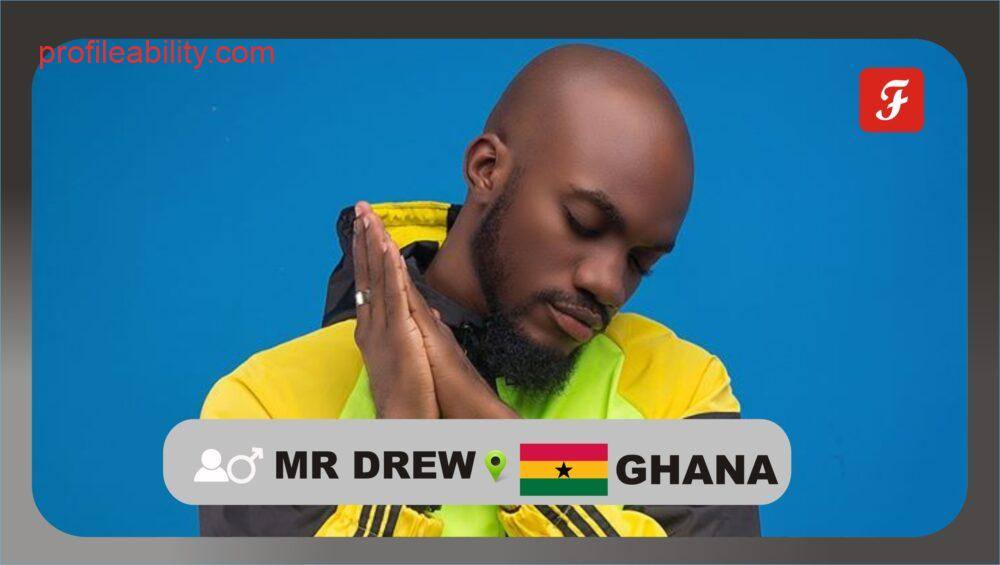 Andrews Commey Otoo popularly known by his stage name Mr Drew was born on 10th June 1996 in Greater Accra Region. He is a young budding Ghanaian Highlife, Afrobeat musician, and Dancer/ Choreographer who placed first runner-up at Mtn Hitmaker 6 in 2017.

He was also nominated as Unsung Artist during Ghana’s Prestigious Awards Vodafone Ghana Music Awards 2019. He grew up in the neighbourhood of Dansoman, Kaneshie, and finally settled in Mallam in Greater Accra – Ghana. He is an old student of Achimota Secondary School. Mr Drew started off his career as a dancer and then later pursued music at the tertiary level.

Mr Drew is also into theatre, video editing, and video directing. He looks up to musicians like Kojo Antwi, Michael Jackson, Chris Brown, Slim Buster, and Terry  BonChaka. Mr Drew is currently signed to the Highly Spiritual Music Label. Mr Drew is here to entertain and raise the flag of Ghana high with his amazing stagecraft. He is simply a representation of African music and dance. His song with Label Mate Krymi which features BET award-winning artiste, Sarkodie title “Dw3” has been the number one song in Ghana since January 2020.