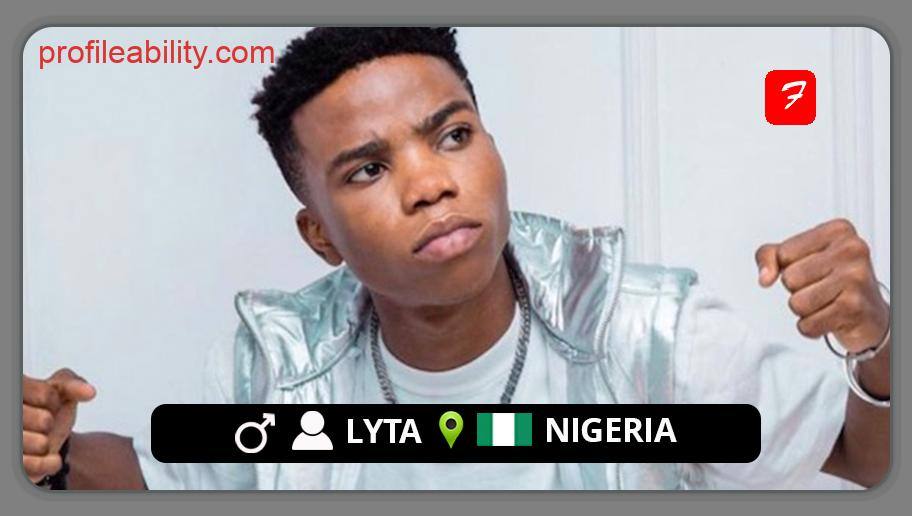 Lyta, born Opeyemi Babatunde Rahim is a Nigerian singer and songwriter born in Kwara State in Northern Nigeria. He was born on July 4th, 1998, and hails from Ajegunle, Lagos where he grew up. He is currently signed to Naira Marley’s ‘Marlian Records.’

Having been discovered by YBNL boss Olamide, Lyta began his music career and signed a record deal with the label on the 3rd of February 2018.

His breakthrough in the Nigerian entertainment scene was when he teamed with Olamide on his song ‘’Time’’, which was released on February 14th, 2018.

On May 24th, 2019, he parted ways with the YBNL record label due to contractual issues. After exiting the label, Lyta signed with Doro Musik Gang and released the hit single ‘’Monalisa’’, on July 12, 2019. The single had its official video been directed by Director K.

In August 2019, he worked on a remix with Davido on the song “Monalisa.” Following his partnership with Davido, he received widespread acclaim.

In 2019, he launched his debut EP “Id,” a five-track EP. On December 6th, 2019, he released the Killer Tunes produced Afrobeat tune titled ‘’Worry,” with visuals shot and directed in London by Simplicity Visual Studios.

Since then, he has recorded a number of singles, including “Hold Me Down,” “Everybody,” “Issoryt,” “Are You Sure,” “Cold World,” and many more.