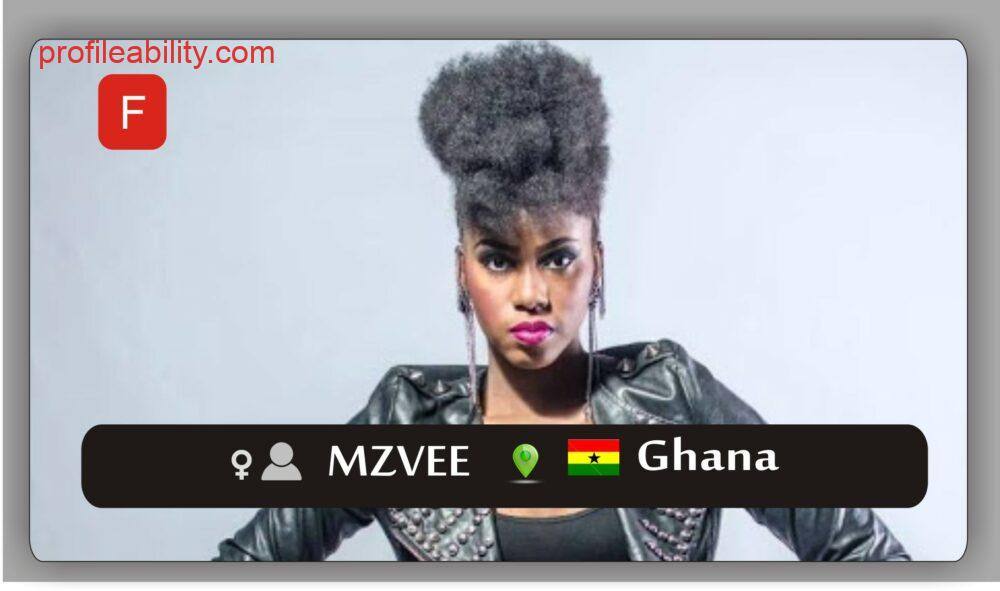 Many of her earlier songs have toed the line of the dancehall genre but MzVee surprised her ‘tip toe following’ with a beautiful highlife song in July 2014 which featured reigning artiste of the year, Shatta Wale – proving again that she can rub shoulders with the best in the business. The dashing songstress also has many other songs in her repertoire such as ‘Carpenter,’ ‘Gimme Dat,’ Revolution, Format, Boomerang and crowd favorite ‘Re-Vee-lation’ which was specially recorded for her fans and happens to be the title of her debut album.

The launch of her album in November of 2014 was described as the culmination of her hard work throughout the year and a clear manifestation that she had become a mainstay in the Ghanaian music industry. The ‘Re-Vee-Lation’ album launch took place at the car park of the Accra Mall and was heavily patronized by a crowd of over five thousand avid fans and MzVee did not disappoint as she put on a thrilling performance with a host of other musicians and celebrities.