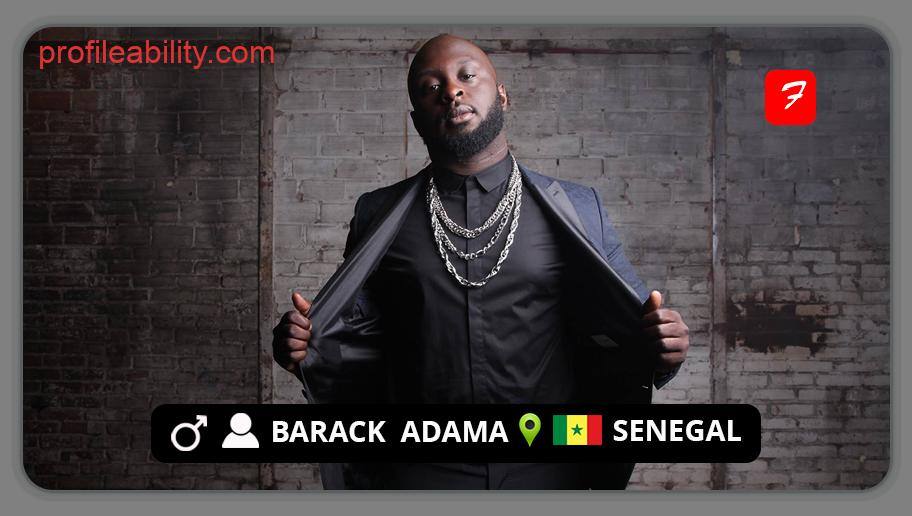 Adama Dialo, better known by his stage moniker Barack Adama, is a Senegalese-born French rapper and hip hop, musician. He was born on December 21, 1985, and is of Fulani descent. The Parisian rapper is currently located in Paris, France’s 9th arrondissement.

He began his career as a member of the French rap group Sexion d’Assaut. Adama chose to leave the music business after the group’s demise in October 2013.

In March 2016, he reappeared, starting his solo career as a tremendous kicker and melodist with titles rich in significance and melody. With his first solo song, “Pas là pour rigoler,” he made his mark on the scene.

Later in 2020, he published the albums “Libertad (Chapitre 1)” and “LIB3RTAD,” on which he worked with musicians such as Maska, Yanslo, Hiro, GIMS, and others.