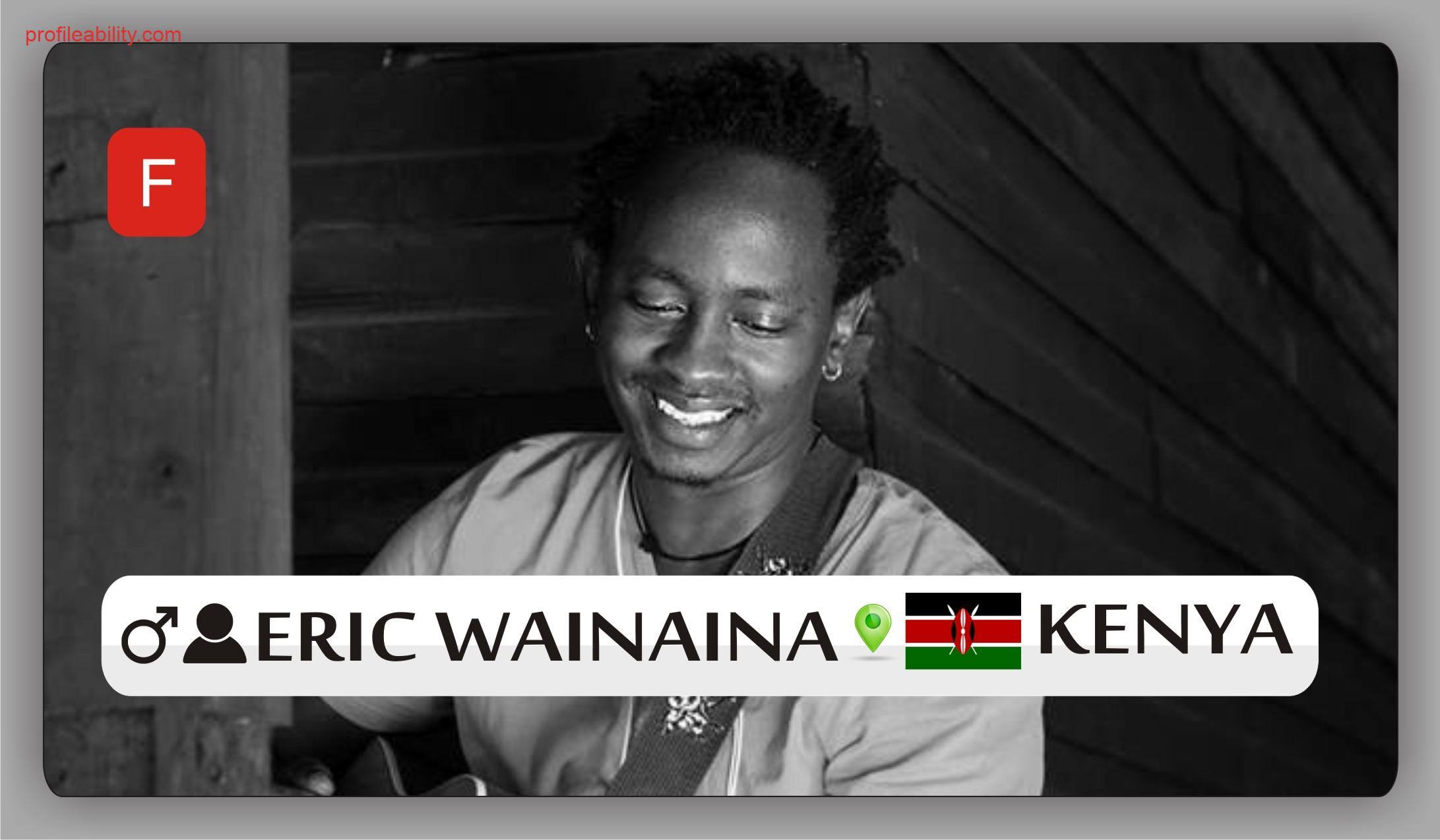 Eric Wainaina’s music to date has been a blend of Kenyan Benga characterized by Soukouss-inspired guitar lines, pop harmony and traditional instruments. After garnering close to every award the local and regional industry had to offer this artist is setting his sights on the global market having had recent successes with a funk-inspired remix of the song Selina.

His earliest songs, Daima and Nchi Ya Kitu Kidogo became anthems sung across the country – both of them powerful indictments of the authoritarian and ethnically divisive governments that have governed Kenya since independence.

His discography includes Sawa Sawa (2001), Twende Twende (2006), Love and Protest (2011) and numerous commissioned projects including the 2010 MDG campaign for the UN entitled 8 Goals for Africa feat. Hugh Masekela, HHP, Angelique Kidjo, Baaba Maal, Oliver Mtukudzi, and the Soweto Gospel Choir. He also wrote and starred in a musical theatre production titled Mo Faya! which was presented to sold-out houses at the New York Musical Theatre Festival and at the Godown Arts Centre in Nairobi.

Eric’s new stage musical DJ LWANDA is being workshopped at the cutting-edge London Tricycle Theatre in 2015.

Eric Wainaina has collaborated in on his records with leading African musicians including Lionel Lueke, Oliver Mtukudzi, Baba Maal, Nneka and the  Soweto Gospel Choir.

His lyrical and melodic prowess make him a highly sought-after composer in collaborative projects as well as on-screen music.  He was commissioned to write the music for a United Nations MDG campaign entitled “8 Goals for Africa” which featured African greats such as Angelique Kidjo, Baaba Maal, Oliver Mtukudzi and Yvonne Chaka Chaka.

He also wrote and starred in the musical theatre production, Mo Faya!, which was presented  to sold-out houses in at the New York Musical Theatre Festival and at the The Godown Arts Centre in Nairobi. He has subsequently been a Sundance Institute fellow with the same play, which goes into production in June and is slated to open in London in 2014.

He was also commissioned to write the musical score for the 52-part animated series Tinga Tinga Tales produced by Tiger Aspect and commissioned by the BBC for is CeeBeeBee’s channel.

In 2002, Eric Wainaina played at the launch of the International Criminal Court at the UN Headquarters in New York, presided over by Kofi Annan.

He has toured in Switzerland for 4 consecutive years and performed at the Netherlands’ Festival Mundial in 2003. The same year he performed at the Harare International Festival of the Arts (HIFA). After the concert he criticised Zimbabwe’s president Robert Mugabe in a media briefing prompting Zimbabwe’s state-owned media to give him unfavourable reviews.

In December 2004 Wainaina premiered a 21- song musical theatre piece, “Lwanda, Man of Stone”, based on a local folk story. One of the first of its kind in Kenya, the show ran for a hugely successful theatre season, and a concert version of the same show continues to be performed at major cultural events. A contemporary adaptation of this musical, Lwanda-A Ghetto Story had a very successful run at the GoDown Arts Centre, Nairobi, in December 2006. Plans are underway to find a permanent home for ‘Lwanda’ in Nairobi.

Together with Mumbi Kaigwa and Andrea Kalima, Eric co-wrote and arranged the music for Kigezi Ndoto, a Kenyan play written and directed by Kaigwa, which went on tour in Europe under the auspices of the World Theatre Music Festival- 2006. He has also written the music for Owen & Mzee, an upcoming documentary about the touching story of an unusual friendship between a tortoise and a baby hippo at the Kenyan coast. This documentary is based on a best-selling children’s book by the same name.

Wainaina was involved in the 2006 launch of Kenya’s National Civic Education Program (NCEP II), Uraia, which aims at fostering a mature political culture in Kenya: a culture in which citizens are able to exercise their rights and responsibilities—and to participate effectively in the broadening of democracy. Wainaina also performed at the inaugural Nairobi-hosted North Sea Jazz Festival in February 2006, and at the Netherlands-based version of the same in July 2006.

Eric Wainaina was also commissioned in 2010 to write the UN-MDG anthem to be performed at the closing ceremony of the Fifa world cup in South Africa to be performed alongside Jimmy Dludlu, Baaba Maal and Angelique Kidjo

In 2013 he was invited to the role of Principle on Tusker Project Fame (S6) East Africa’s most widely watched television show.