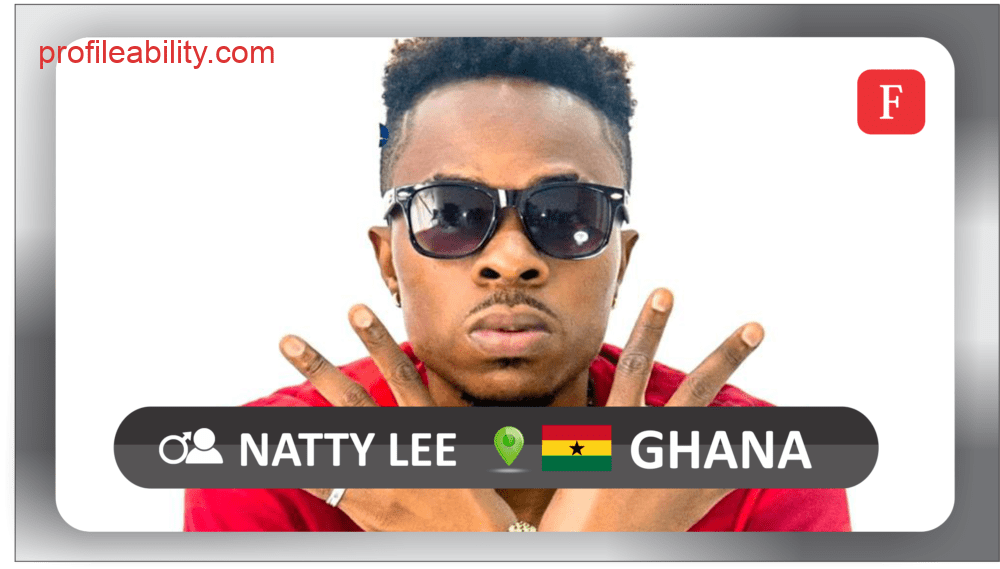 Natty Lee born as William Addy is a Ghanaian musician and performer. He has been very popular when he was featured on Shatta Wale‘s Forgetti song which was nominated for the Most Popular Video at the 3rd TV Music Video Awards.

Natty Lee completed Labone Secondary School in 2003. After SSS, he went ahead to pursue Business Management at the University of Professional Studies.

Natty Lee started his career in 2003 when he completed SSS dropping a single titled ‘Wour Shuo’ produced by Jay Q. He was in the same studio with Castro and Pope Skinny by then. He paused music for some time to continue his education and came back strong in 2013 to release ‘Laasu’ featuring music duo Double. He released ‘Atwee’ featuring Dobble again in 2015 and was also featured on a Dobble song titled ‘Club Song’.

In 2017, he was featured by Ghanaian dancehall act Shatta Wale on his song titled Forgetti with SM Militants and Pope Skinny with production from WillisBeatz. In 2018, he released ‘Roman Father’ with Shatta Wale and ‘Sexy Policy’

Add to Favorites AY Poyoo whose real name is Emmanuel Yeboah is a Ghanaian rapper best known for his viral song Goat. The video was released on 08 June 2020. AY Poyoo who was a Read more…