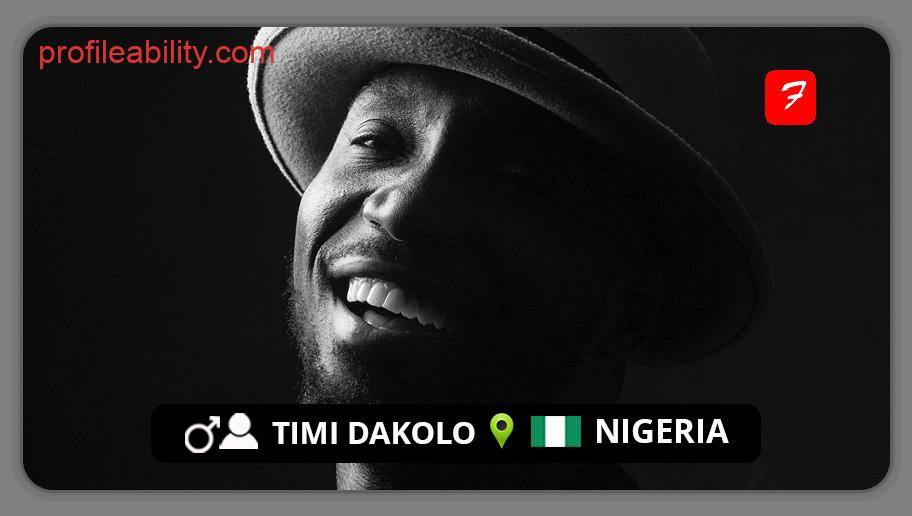 Nigerian top-notch vocalist, Timi Dakolo born January 20, 1981, is a Nigerian singer, songwriter and music producer. He stood out in 2007 thanks to Idols West Africa, the reality tv show where he ended up as the winner. He’s been dubbed ‘the golden voice of Africa’ by 16-time Grammy Award-winning Humberto Gatica (Michael Buble, Michael Jackson, Celine Dion) and now Nigerian sensation.

Timi was born in Ghana to a Nigerian father and a Ghanaian mother, and after his mother died when he was 13 years old, he was largely nurtured by his grandmother in Port Harcourt, Nigeria. His grandmother instilled a love of singing in him. He earned a Communication Studies degree from the University of Port Harcourt.

Timi began singing in church at the age of twelve. From being a founding member of the Purple Love singing group to being a local talent champion (G.E FACTO), he has progressed to become one of the best in the music industry.

In 2011, he released his debut album, ‘Beautiful Noise,’ which received positive reviews and contained ardent songs and heartfelt tunes. “Merry Christmas, Darling,” Timi’s second album, is a wonderful collection of heartfelt Christmas carols backed by the London Symphony Orchestra. Timi’s unusual voice is combined with some of the finest classical tunes ever written in “Merry Christmas, Darling.”

On digital media, his single “Everything (Amen),” which was released in February 2021, has gotten millions of plays.

Stay Home With Me part 2

Stay Home With Me part 1