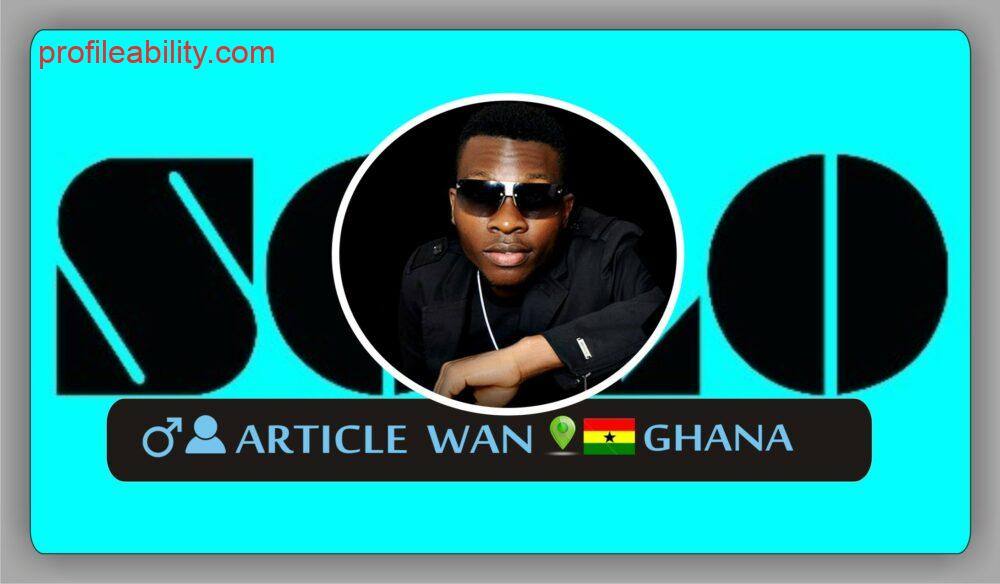 Multiple Hitmaker Bright Homenya popularly known in showbiz circles as Article Wan is a Ghanaian Reggae and Afro- Dancehall musician and a producer. He was born on 22nd May to Mr. Gabriel Amuzu a Carpenter and Noviti Agbetrubu a trader, both late.

Article Wan started music at the tender age of 13 when he used to entertain friends and classmates at school and also at functions. He learned sound production by studying other producers and practicing with his elder brother’s mobile recording gadgets in his room before earning an opportunity to master his craft at Mingle recording Studios based in Abossey Okai where he recorded many other musicians. He formed his own musical clique called Africa International and has been the C.E.O to date. He burst into the Ghanaian showbiz’s limelight and earned popularity with his super hit single “Solo” (HmmNyeNye) which was released in February 2016.

The song broke international barriers by making waves in Jamaica, Nigeria, London, Germany, and other parts of the diaspora! The song has featured in most of the credible and topmost charts within the Ghanaian music industry!

Article Wan has released a lot of other hit songs including “That Thing”, “Faya Burn Dem”, “Borkor” and many others.

Article Wan was among few Ghanaian heavyweight musicians who performed at the Ghana Music Awards UK in 2019 after earning a nomination for Best Collaboration with the song “That Thing” ft Patapaa.

He also performed at the Ghana Music Awards South Africa and won Best Collaboration of the Award with his song “That Thing” ft Patapaa.

He won High School Icon of the year at the Adonteng SRC week celebration Awards in 2017.

Article Wan has a passion to become the voice of the voiceless therefore believes in writing songs that will inspire the youth to achieve greatness.

He gets motivated when he sees people who have been successful in their various fields of endeavors.