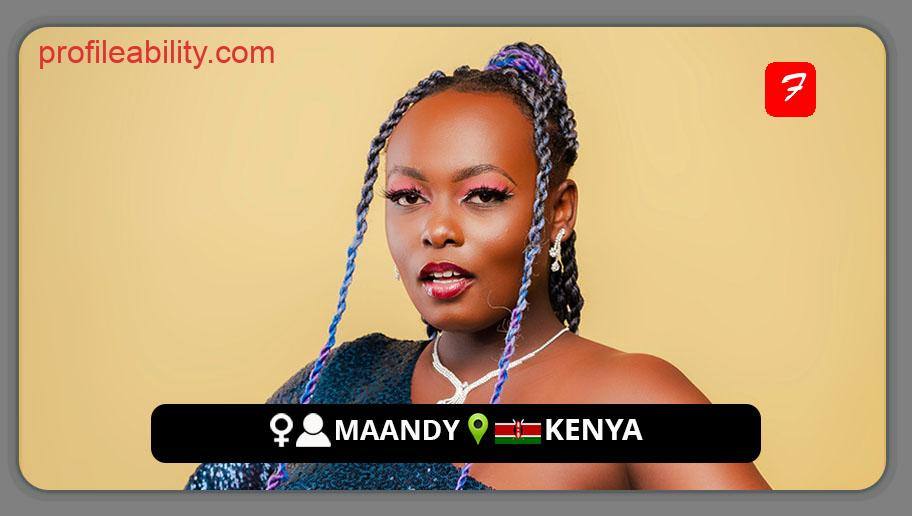 A true genius and self-driven in the entertainment industry, Maandy is a vibrant singer-songwriter based in Nairobi, Kenya. An undisputed rapper who not only has a plethora of rhymes but also holds a university degree.

She gets a lot of her inspiration from Esir, a great Kenyan rapper earning her the moniker, ‘’female Esir. Despite the fact that she is fighting against males in a male-dominated sector, she possesses the type of tenacity and professionalism that is necessary for success in the entertainment industry.

Maandy has been a part of the musicians that have made the hit songs that adorn the Kenyan airways and provide a huge choice of music sure to fit into whatever mood you’re in. She has a strong conviction in herself and performs songs for the delight of her listeners. In a way, no amount of toxic masculinity will ever be able to knock her down in her career.

MAANDY - Forbidden Fruit ( Behind The Scenes )