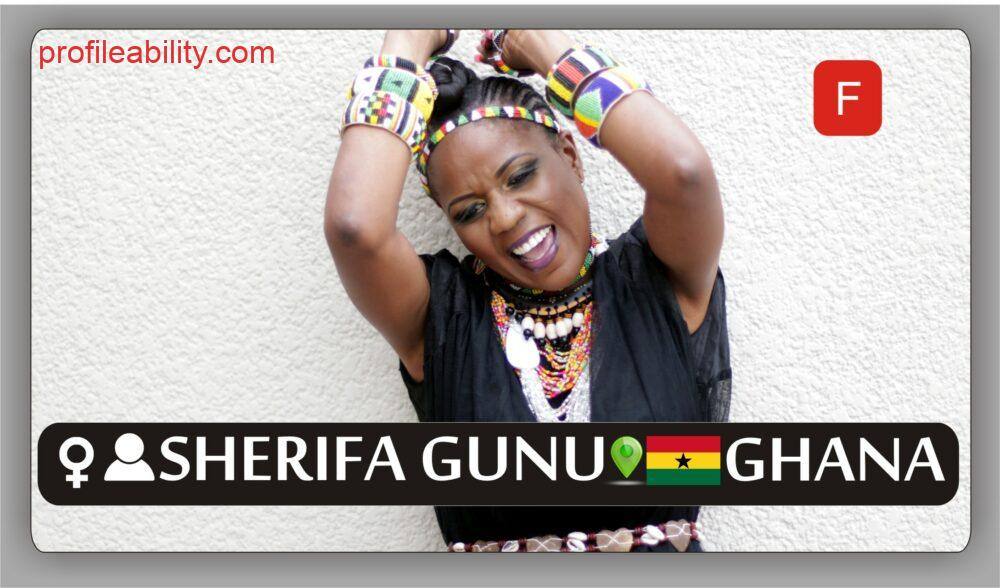 Sherifa Gunu is a Ghanaian Afro-soul musician. She was born a princess into a royal family of the Kingdom of Dagbon, in the Northern Region of Ghana.

Gunu had been interested in dancing and music since she was young. After she left the classroom, she took part in various dancing competitions at the regional and national levels. she was at one time the dance champion for the northern region, and first runner-up for the 1998 National Dance Championship, then known as The Embassy Pleasure.

She moved on steadily until 2003 when she had the opportunity to take part in the hip life dance championship. The likes of king Ayisoba and Terry Bonchaka were among a host of other talented dancers and musicians that were discovered in that competition. She emerged as the first runner-up to Bonchaka leading to a series of collaborations between her, Terry Bonchaka, and Ayisoba. We performed at various events and functions.

She is described by many as a crowd shaker, and an energetic performer when it comes to singing and dancing. Sherifa Gunu will always leave an impression in the minds of anyone who comes into contact with her.

She later did some backings for artists like Kojo Antwi, Amakye Dede, Daddy Lumba and also recently Nana Acheampong. She has two albums to her credit so far.

She likes to refer to her music as Africana music which is typically known in Africa as â€œjuju musicâ€.