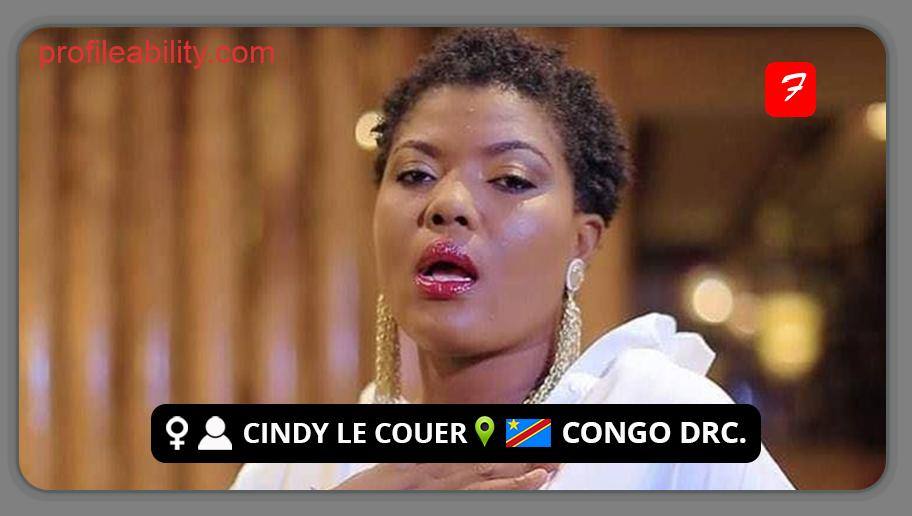 Cindy Le Coeur, whose actual name is Candy Nkunku, is a Congolese recording artist, singer, and dancer. She is a member of Koffi Olomidé‘s Congolese band Quartier Latin International.

Cindy comes from a family of four siblings and was born on November 11, 1983. She grew up listening to Celine Dione and Whitney Houston, among others.

She enrolled in the National Institute Of Arts to perfect her beautiful vocals and pursue her passion for music, and she graduated with a diploma.

Cindy defied all obstacles to become a pioneer of Le WASSA GROUP in 2002, where she took part in the Belgian African Week in Brussels.

She was featured in the song “LILY KANIKI” after meeting Koffi Olomidé in 2007. She got two prizes in 2009, one for “best female artist” in Congo and the other for “best of generation award” at Zenith.

Her breakthrough track, “Ikia,” made her well-known to the general population. She received the KORA AWARD “BEST FEMALE ARTIST IN CENTRAL AFRICA” in 2014.

Cindy has worked with a variety of artists, including FALLY IPUPA, WERRASON, KOOL MATOPE, and CARLYTO, to mention a few.