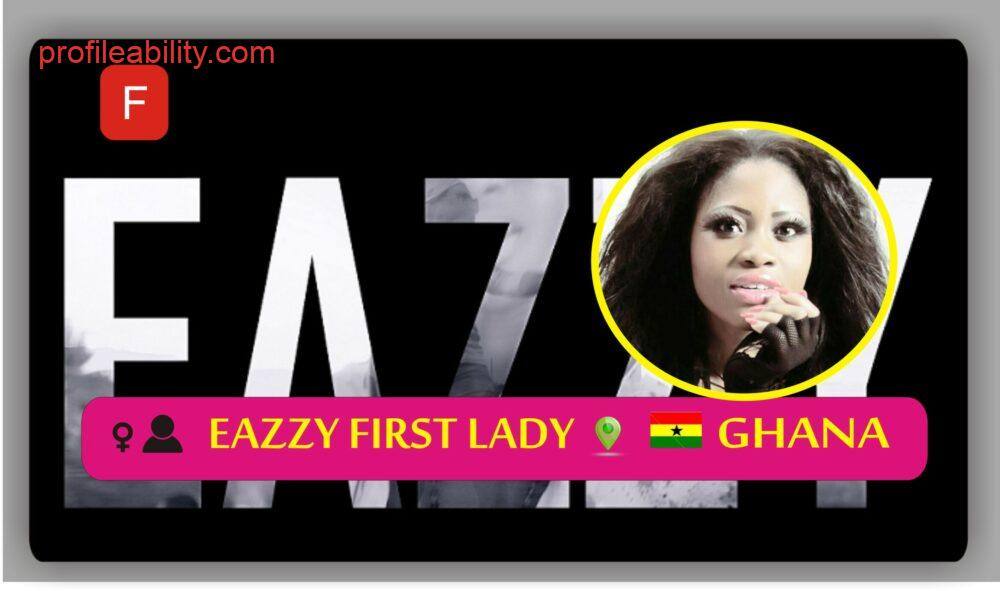 Ever since officially announcing her entry onto the Ghanaian music scene in July 2009, Eazzy has been treated like the next big thing and she has not failed to live up to the tag of the most consistent and most viral pop/afrobeats female artiste,as some may call comercial artiste in Ghana and beyond. Born Mildred Ashong in August 1986,Eazzy is
a firm believer in taking it easy and breezing through hardships with panache, hence her stage name Eazzy.
The fascinating beauty has always had a penchant for hard work as is evidenced by her fastidiousness throughout her school years right from St Anthony’s Junior High School, Mfantiman Senior High School and the Institute of Professional Studies in Ghana to the Chartered Institute of Marketing UK. It is this same hard working nature and her glaringly obvious talent that endeared her to Lynx Entertainment and after an in-and-out affiliation with the record label she finally put pen to paper in 2009 as the newest artiste of Lynx Entertainment.

Eazzy has rapidly grown as an artiste and she has mastered the art of performing whether in the recording booth, in front of the camera or on stage and her ability to rap, sing and dance has done her no harm in catapulting her to the forefront of the Ghanaian showbiz industry. She has also done well in her collaborations with artistes such as Uk based artist Doneo, Sonni Balli, Eden ,highlife Legend Gjedu Blay Ambulley,Richie,Kwaku T of Big Brother Fame, Kevin Beats, Kwaw KeSse ,jupita,Tinny, E.L, Asem, Efya & Zigi and many more but it is her songs that have been the major catalyst for scores of fans joining the Eazzy bandwagon. Her first single, Bo Wonsem Ma Me was an instant club and radio hit but her newest song Wengeze has caused massive waves at all entertainment centres across the country and is currently one of the most requested songs on radio and the first song to be contracted officially as caller tunes for vodafone telecommunication ghana.

The music scene Eazzy has graced many high profile platforms and she has used her wonderful stagecraft and her blend of Hip-hop, R&B and Afro Pop to thrill fans across the country. She has excelled at events such as the GHANA music Awards,vodafone 020live,Ghana rocks concert,Miss Ghana,Vodafone Ghana music video awards,Demarco live in Ghana concert, Busy Signal resolution 2011,Joyfm nite with the stars,as well as various soldout Mega Concerts in Ghana and in Europe.

After launching her debut album titled TWINKLE on the 28th of August 2010,Eazzy had over15 nomination’s including 5 majors in 2011 Ghana Music Awards.she won best storyline video of 2011 for her hit RnB song One Gal which featured Richie at the vodafonE Ghana video awards

After mutual agreement between eazzy and lynx to annul the business contract binding them together,Eazzy left lynx entertainment in july 2012

currently Eazzy is working on her 2nd album which has already graced the Ghanaian music industry with three hits singles from her up coming 2nd album. GO-GO WIND,ROCK DIS PARTY and SCREAM which was nominated for best female video and Afro pop song of the year as well as Hiplife/Hip hop artiste of the year at Ghana music awards 2014 and BAD TO THE BONE .

She gracefully hosted the Ghana Music Awards 2013 and 2014 was rated best. Host /performer of the night and got signed onto UK Africori distribution company.

Eazzy has become a household name and is likely to be around for quite some time since it is not often that one comes across an artiste who is able to mix playful banter and a party-like style with great lyrical dexterity and catchy punch lines as well as an ability to thrill an audience and leave male tongues wagging all at the same time with ground breaking and top rated performances at all events . So as she saunters on through her career and steadily climbing up to the top you can expect that this scintillatingly inspired and hard working diva will firmly embed her name in African Music History and have fans saying along with her its ‘Eazzy Baby.’