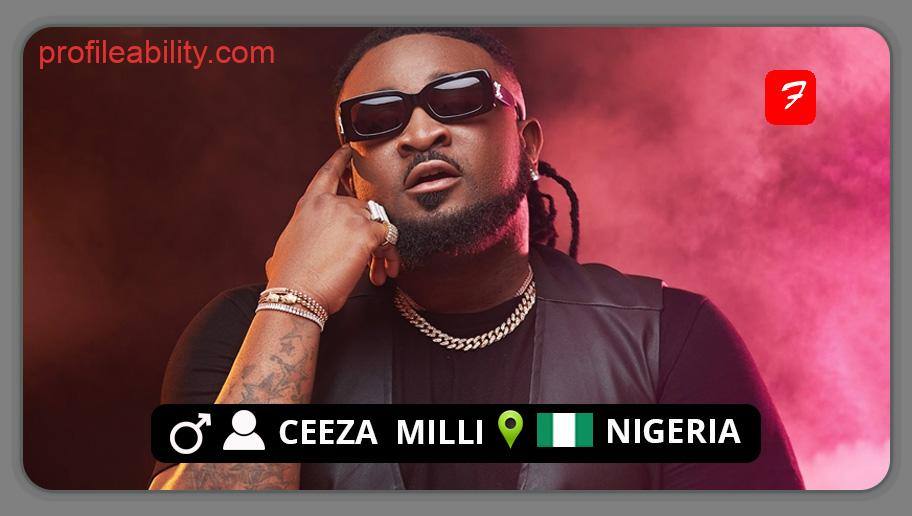 Ifeanyi Charles Bosah, better known as Ceeza Milli, is a Nigerian Afrobeats singer who was born on October 21, 1991. The Lagos-based singer comes from Anambra State in Eastern Nigeria and was reared by a single mother. Ceeza Milli is a graduate of one of Ghana’s finest institutions. Currently, he is contracted to Aristrokrat Records.

Ceeza had his first experience of making music as an artist during his undergraduate years in Ghana and has since achieved significant momentum in the West African music market with his unique blend of Afro-Reggae sound with the Afrobeats genre, compiling and releasing many mixtapes under his old stage name, E-fine. Because of those recordings, he generated a lot of talk in Ghana’s music industry, so much hype that he was able to include one of Africa’s top performers, Sarkodie, on one of his most commercially successful songs, “Stamina.”

His return to Nigeria was a watershed moment in his career as a music artist. He soon came to fame in the Nigerian music scene, working with industry heavyweight singers such as Ice Prince, Reekado Banks, Masterkraft, Ycee, and Wizkid. His distinct sound of fusion of RnB and High Life quickly opened the opportunity for him, with features on songs like Chopstix’s “BANGING” featuring Reminisce and CDQ, and Chopstix’s “SAI BABA” featuring Dremo, Ichaba, Tuburna, and Dynra.

However, 2016 was a fantastic year for the Afrobeats musician, as he was able to secure two massive collaborations with Legendarybeatz. Ceeza’s two singles, “Love at First Sight” and “Alkyda” ft. Ichaba of DMW exposed him to the worldwide Afrobeats scene in the United Kingdom and allowed his following in his native country to expand even more.

Ceeza Milli - Based On What (Lyric Video)