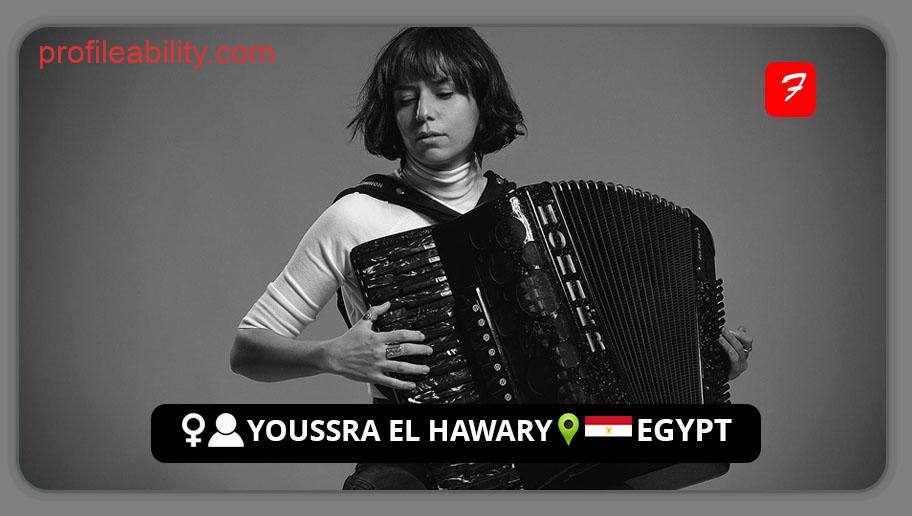 With her accordion in hand and a relaxed on-stage demeanour, Youssra El Hawary, the Egyptian accordionist, continues shaking up independent music ever since she carved her route as a professional musician, performing in Egypt and abroad

Her vivacious presence and distinctive musical style quickly earned her a dedicated following when she began her career by performing solely with her accordion. Youssra became one of the most powerful and prominent female voices in Egypt’s indie music industry with her 2012 hit “El Soor” (The Wall).

Her songs are harbingers of daily life in Cairo, as well as the heated alchemy of the Mediterranean basin, which propels her distinct and passionate style.

Her melodies entwine Alternative Folk, French chanson, indie rock, and jazz to underline a distinctive aesthetic universe, whether she performs solo or with the band.

Be The Producer : Crowdfunding for Youssra El Hawary's First Album
«
Prev
1
/
2
Next
»