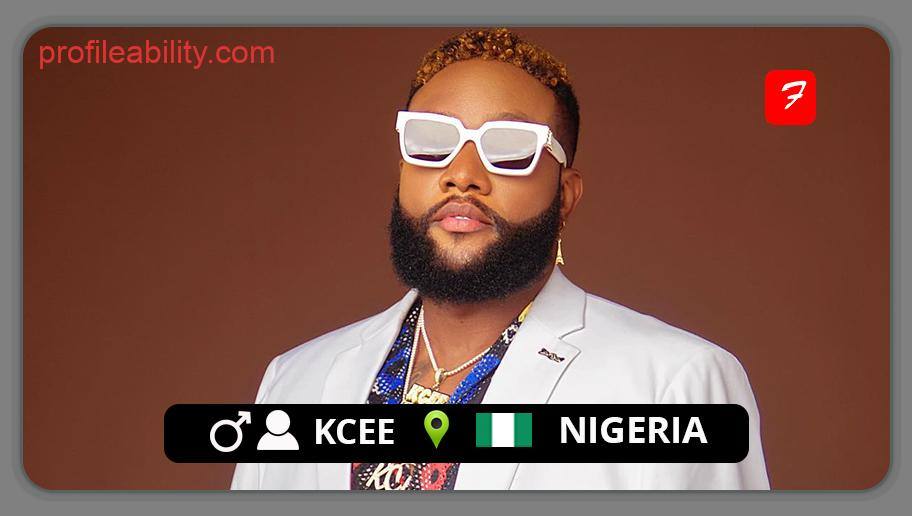 Kingsley Chinweike Okonkwo, popularly known by his stage name Kcee. He is one of the most successful Nigerian singer, songwriter and a performer as an occupation. He was born on the 18th of April, 1979 in Ajegunle, Lagos State. He is from Amaputu in Uli in Ihiala local government area in Anambra State Nigeria.

He was formerly in the Hip Hop duo group called Kc Presh. He currently has a record deal with Five Star Music. He worked with Del B, a record producer known for producing the song “Limpopo’’. Kcee has been active in the music industry from 2013 till the present.

Emeka Okonkwo who is famously known as E-Money is his younger brother (Nigerian’s youngest billionaire and the chief executive officer of Five Star Music) and is also the official sponsor of his music career. Kcee got married in march 2010 to Cynthia Ijeoma Oduah with lovely two kids, a boy and a girl named Kanye Okonkwo and Somto Okonkwo respectively.

From the very start, Kcee wanted to become famous, but not in music. He enjoyed playing football, and his biggest dream was to become a professional player. In his young years, he managed to play for two local football clubs – “Julius Berger” and “Puma”. However, everything changed when Kingsley joined the church choir.

Kcee and his long time partner and friend Hajie played as a duo for 12 years. They met in a church choir and were in the choir together till both entered the Star Quest TV reality show together and they won the show. Their work together as music partners gave them both a little recognition until 2011 when they split, both chasing their own careers quite separately.

In 2013, Kcee released his debut album “Take Over”. For many of the songs featured on this album, he collaborated with great Nigerian artistes, including Wizkid, Timaya, D’Banj, Phyno, Davido, Don Jazzy, Flavour N’abania, and the others. It was very warmly received by both the critics and the public. His first full album gained him a lot of nominations for prestigious awards. Kcee ended up winning the Hip-Hop World Awards, KORA Awards, and Channel O Awards nominations.

After that, the career of Kcee started going up. He got a lot of nominations at such award ceremonies as The Headies, and won the Hip Hop World Revelation of the Year, with his song “Take Over”. He also managed to sign a lot of profitable endorsement contracts. For example, he signed a multi-millionaire deal with MTN. Another profitable deal of his was signed with the company “Magnum”. He was also appointed as Nigeria’s Peace Ambassador by the former first lady, Patience Jonathan.

Kcee ft. Flavour - Give It To Me [Lyrics]