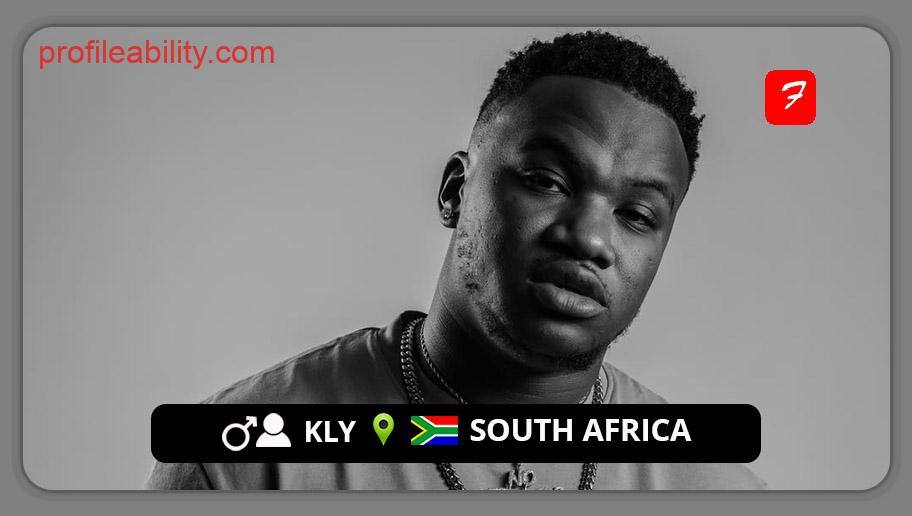 With a voice that grabs the hearts of girls and lyrics that resonate with current young guys, South African R&B artist KLY is an oddity. His rhymes are densely packed as he employs a sing-songy rapping approach, despite his background as a dancer.

KLY, born Siyabonga Mkhize, has proven to be an African star, emulating worldwide game-changers like Drake, PartyNextDoor, and Bryson Tiller – although with a twist. His African accent and vernacular adlibs on his tracks are the most noticeable differences.

The Midrand-raised celebrity has always been intended to be a part of the entertainment sector, having joined the business at a young age.

KLY [an abbreviation for Keep Love Young] is a seductive artist who blends impassioned lyrics with songs based on his personal experiences. Not only does his music tug at the heartstrings, but his variety reflects the millennial “trap star” lifestyle.

He is at ease in any genre, including hip-hop, pop, afrobeat, Afropop, and kwaito. He’s unrestricted—send him any beat and he’ll turn it into magic.

KLY - BEEN A WHILE (Official music video)