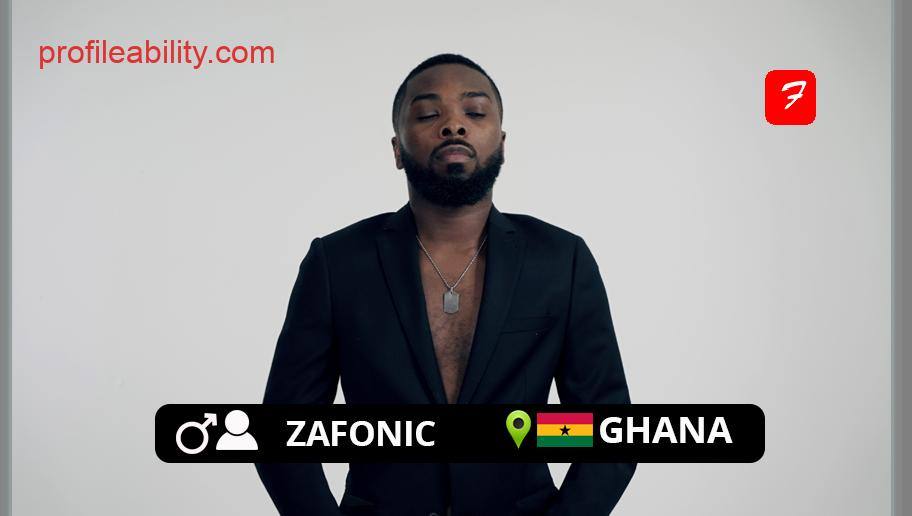 Zafonic real name Zafonic Frimpong Oppong is a fast-rising Afro-pop and Afrobeat singer and songwriter born and raised in Ghana but based in the UK.

He completed KNUST SHS, attended KNUST for months, and left to study law in London. He used to records most of his songs at Atumpan’s London based studio with aid from Dr Ray Beatz.

He released his first single in June 2018 titled Mad over You and followed it with three singles subsequently Maakye, Mr. Loverman & Sweet . He has also worked with artists such as Mr Enah , Steffy Larmie, and Amerado.

On June 20th, 2019 he released his first EP Album titled Faith? which is comprised of 5 songs. The songs were Free, Rockstar, Come From, Otoolege, and My Way.  The EP made over 10,000 steams on the first day of its release on the popular streaming platform, Audiomack.

Zafonic - Mad Over You (Audio Slide)