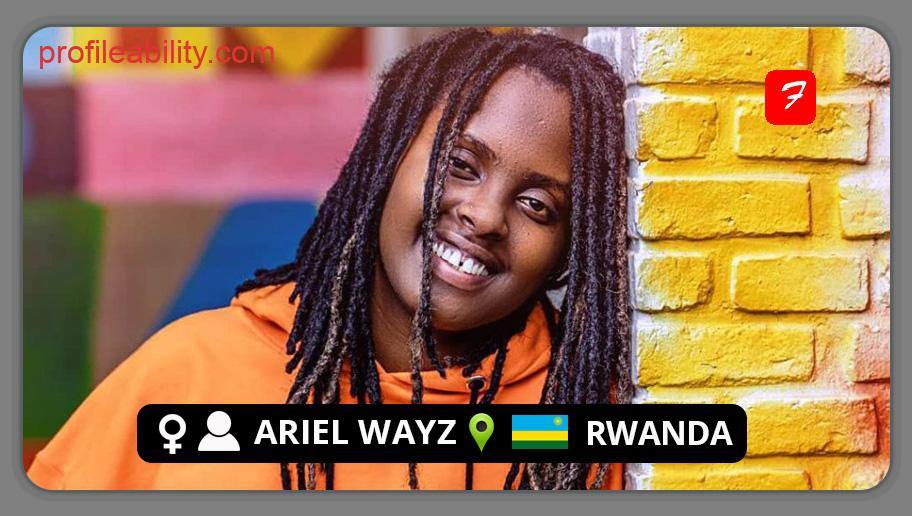 Ariel Wayz was born in Rubavu, Western Province. She is the fifth child in a family of eight. She is actually inherited to be a musician because her mother used to sing in orchestre Ingeri in the 90s.

Ariel was only focused on following music as a professional career and knew Nyundo School of Music would help her fulfil her dream.

As she grew up, she had her eyes set on becoming a great musician one day so the then aspiring young lady never thought twice and jumped onto an opportunity when Nyundo School of Music held auditions in search of fresh musical talent to raise in the year 2015.

The following year, the school gave her a scholarship to study music and gave her a platform to discover the talent she has in herself musically.

Aside making covers for other artists, Ariel is also releasing her own songs. She recently released ‘The Boy from Us’, a collaboration with Jumper Keellu. She also featured in the New Generation’s all-star song ‘Ndaryohewe’.

Ariel is a member of fast-rising band, Symphony band, which is composed of Nyundo graduates. She is the band’s vocalist and the lone female member in the band.Ariel is among the founding members of Symphony, a household music band which has been dominating the stages since it started in 2018.She, however, insists she is part of the band on merit and is proud to be part of it with a common vision to become a great band like the likes of Maroon Five or Magic System.

She is in love with music not because of what she wants to get in music but what music makes her feel.The young girl is considered one of the most gifted artists based in Rwanda, with potential to become even bigger. Indeed, for her, there is no life outside music. Life is all about music.

After two years in music, Ariel’s voice attracted the attention of music critiques -from The Voice Afrique Francophone, and was eventually invited to participate at the continental music competition alongside other Rwandan young artists like Alyn Sano who recently qualified for the competition’s finals.

IN LOVING MEMORY OF YVAN BURAVAN