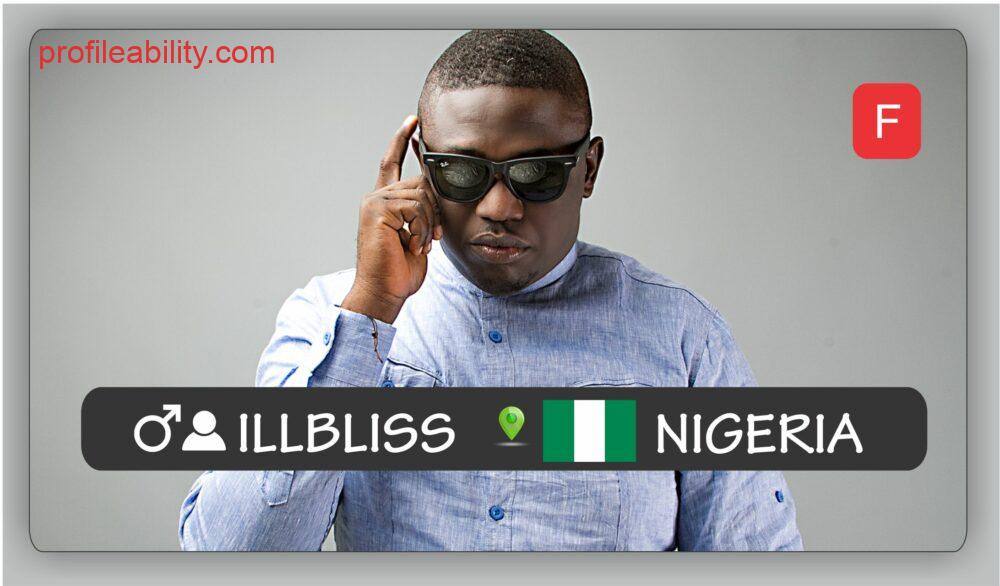 Illblis AKA DAT IBO BOY is a veteran Nigerian rap artiste. Started out in the country’s music mainstream with a hip-hop collective called “Thorobreds”, led by him they earned critical acclaim and accolades in the industry with the release of smash single ‘street-hop’ and award winnings.

iLLBLISS was nominated under three categories for the 2010 Hiphop world Awards including Best Rap album and Best collaboration. In the same year, he adopted an executive approach towards the music business by setting up an artist management firm called THE GORETTI COMPANY, responsible for moulding and directing the music careers of MTN Project Fame winners Mike Anyasodo, Chidinma, Monica and more recent Ayoola

In 2011, iLLBLISS returned to the studio to commence the recording of his sophomore album titled ‘OGA BOSS”, the much anticipated album dropped late November 2012 and the first two singles ANAMACHI KWANU and My Heart Beats enjoyed massive airplay.

The video for Anam achikwanu caused quite a stir and remains one of the top videos presently, it went on to win Best Hip-hop video at the Nigerian Music Video Awards (NMVA) 2012.

ILLBLISS is also in a Joint Venture CAPITAL HILL Music/Goretti Co. with Clarence Peters for the release of his sophomore album, as well as new music from Tha Suspect, Chidinma, Phyno and Tesh Carter.

He is currently in and out of the studios, when not supervising the recordings of the newer acts under his wing, he is working on new tunes for an album reload. With his partner Clarence Peters he has shot more videos for his OGA BOSS album