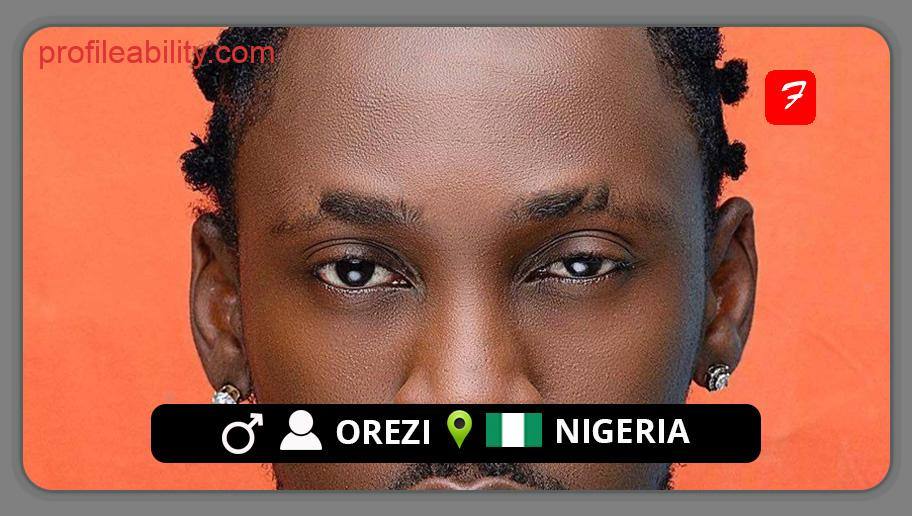 Orezi, real name Esegine Allen on March 28, 1986, is a Nigerian singer born and raised in Owhelogbo, Isoko, Delta State ‘’Dat Ghenghen boy,” as he is affectionately known, attended Command Secondary School in Abakaliki and graduated from the University of Lagos.

In the year 2009, he made his musical debut. He launched his debut hit, “I No Fit Lie,” which became the theme song for Nigeria’s most popular radio station, ‘Radio Continental.’ Later, he hosted a performance arranged by the radio station that was named after the song. In 2010, he released another track titled “High B.P,” which was accompanied by an official music video authorized by MTV Base.

Orezi together with Danagog, Igho, and DJ Debby released a song titled ‘’Emoti’’ in early 2011. Trace TV’s, MTV Base’s, Soundcity’s, and One Music’s playlists all included the song. On Jatt’s track “Komije,” he collaborated with a number of musicians, including Igho Muna and Sauce Kid.

With the release of his hit song “Rihanna” in 2013, Orezi’s fame skyrocketed. Orezi released the French version of his single ‘’Shoki’’ in March 2014 as well as ‘’You Garrit’’ in that same year. In September of 2014, the official music video for “You Garrit” was released. However, in September 2015, Orezi released his debut album ‘’Ghen Ghen’’ in which he featured the likes of 9ice, Davido, Flavour, Ice Prince, M.I Abaga, Timaya, and Wizkid. The album was awarded a three-star rating on Pulse Nigeria.