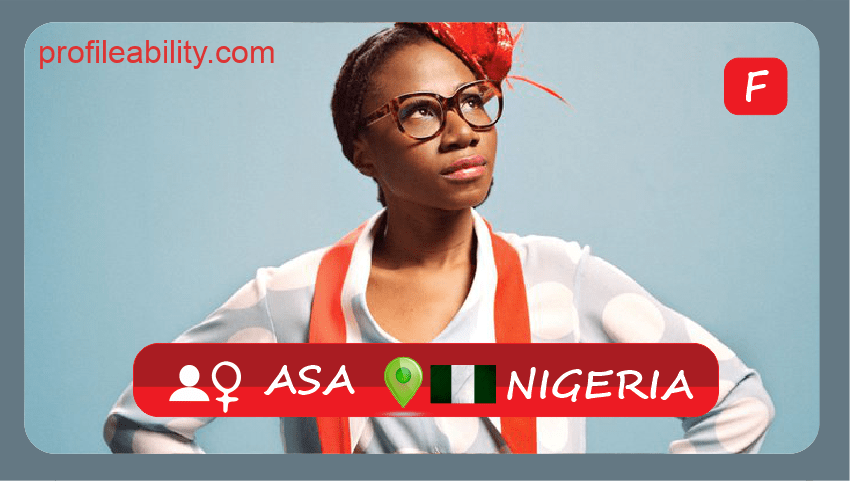 The story of Asa (pronounced Asha) begins in Lagos, Nigeria where she found a home in her father’s extensive and eclectic collection of records from soul classics to traditional Nigerian music. Starting to sing at a young age, Asa was inspired by the sounds and messages of artists such as Marvin Gaye, Fela Kuti, Bob Marley, Sunny Ade and Ebenezer Obey who served as touchstones when she later began crafting her own songs. It wasn’t until she was studying in Paris that she truly formed her musical style, immersing herself in the songs of her musical contemporaries — Erika Badu, D’Angelo, Rafel Saadiq, Lauryn Hill and Angelique Kidjo.

Asa fuses pop, r&b, world, funk, soul and reggae in a debut eponymous album where she sings in both English and Yoruba. Featuring impeccable percussion, a funky Hammond organ and reggae-infused bass, the album has two stand-out tracks: Jailer, a song about “the irony of oppression, the one that operates in everyday life” and Fire In The Mountain. Asa’s album met recognition worldwide and the artist engaged in an extended tour including Europe, North America, Africa and Japan. Asa gained global recognition as a charismatic songstress with a trademark husky voice, unafraid to tackle serious issues with intelligence and confidence. “This Nigerian singer-songwriter might actually be a twenty-first century Bob Marley” — BBC Music

With her dreams fully in motion and with an array of experiences under her belt, Asa was in a purely positive frame of mind when crafting her new album, Beautiful Imperfection. The album’s lead single “Be My Man”, an up-tempo rock-tinged track with hints of 1960s soul, sees Asa in romantic mode, as she sweetly croons to her love interest. Guitar-driven “Why Can’t We”, laced with strong horns and beautiful harmonies is undoubtedly a toe-tapper. “The first album reflected my state of mind then. I had a lot to talk about — social and political issues. Beautiful Imperfection is different, it has more brightness. This time, I wanted to create something that would make people feel uplifted”.

Asa - Fire on the Mountain