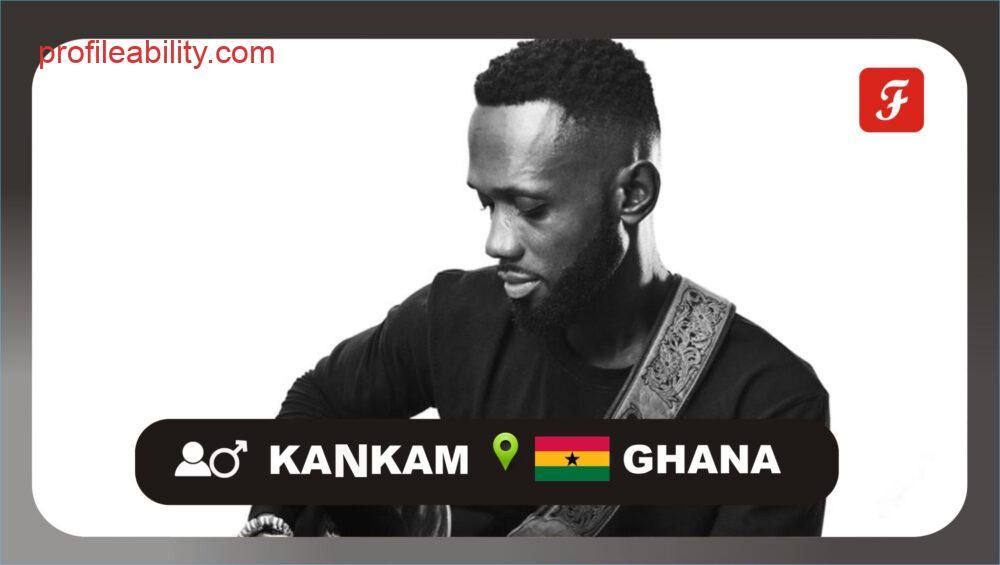 Kankam born with the real name Stephen Kankam Acheampong on July 17, 1984 is a Ghanaian highlife singer, songwriter, graphic designer and guitarist from Kumasi. He is noted for his authentic African music and instrumentation.

Kankam was born and raised in Kumasi and the firstborn of five children. Kankam is the big brother of Ghanaian singer, songwriter and actress Yaa Yaa. He attended Martyrs Of Uganda Jhs and obtained his senior high education from Kumasi High School before proceeding to NIIT.
After senior high, he pursued his passion as a musician and learned how to play the guitar in 2003. He began writing most of his songs until he met one record producer Lloyd Osei Baffour popular called Peweezel in 2006, who started recording him professionally.
He released his first Afrobeat song titled ‘Mekondo Adebi’ in 2012 which got him on a popular TV show “Allo Tigo” and enjoyed massive airplay on top radio stations in the country.
In 2015, he shared the same stage with the Grammy award winner Angelique Kidjo, Youssou N’dour, Wiyaala, Sarkodie, Stonebwoy at the Mo Ibrahim concert in Ghana and in the same year, he opened up with an electrifying performance at the first-ever Felabration held in Ghana.

Kankam is set to release his next single ‘Lebene’ off the upcoming album this year.

Kankam - Eda Wo So (Official Audio)