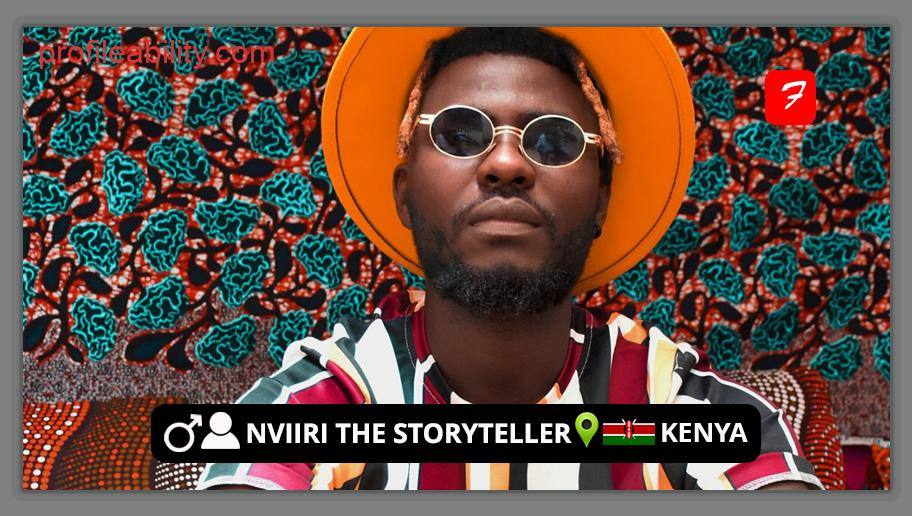 Nviiri the Storyteller (born Nviiri Sande) is a Kenyan songwriter, performer, guitarist, and video editor who is presently one of Kenya’s most popular Afro-Pop/Afrosoul musicians. He is signed to Sauti Sol’s record label ‘Sol Generations Records’ and is the label’s second signee.

He graduated from one of Kenya’s prestigious institutions with a bachelor’s degree in Mechanical Engineering.

He made his first debut in early 2019 with his solo single ‘’Pombe Sigara’’ which immediately became a success. That year also saw the release of two additional songs, “Overdose” and “Fore,” with “Kessi Baadae” and “Lesotho’’ with Ray Gee following in 2020. The amazing vocalist has also got the opportunity to perform on the Blankets and Wine stage alongside international performers such as Koffee and Sun El Musician.

He so far boasts of major releases and some collaborative projects like ‘’Ex Anaiva’’ with Tanasha Donna, ‘’Extravaganza’’ featuring Sauti Sol, and others.

His distinctive songwriting style distinguishes him in the music industry and as a result, led to a large number of individuals enjoying his music.