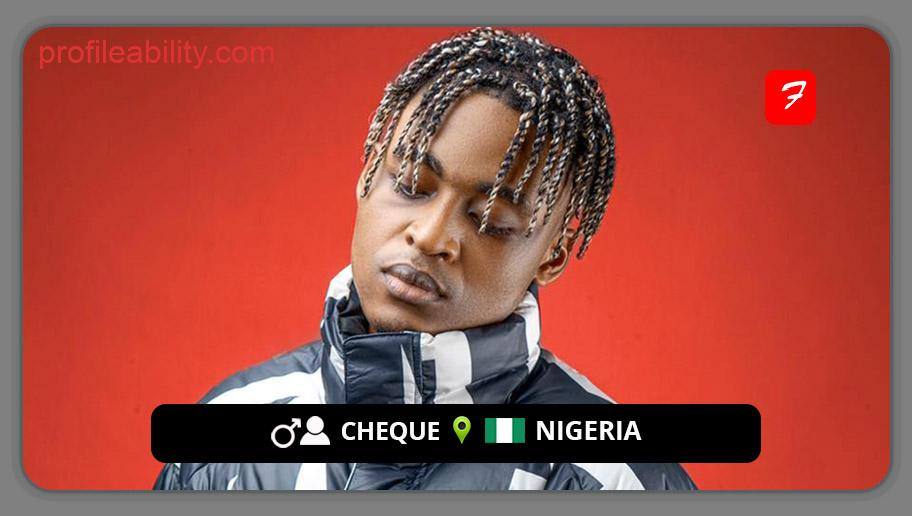 Cheque is a Nigerian singer, rapper, and composer with huge potential. In his voyage towards music, Cheque’s great appreciation for the craft is unabashed.

Cheque, with a varied style blended with Afrobeats, RnB, Hip-Hop, and Dancehall, is at the vanguard of new sounds from Africa. A renowned artist who has established himself as one of Nigeria’s top Afrobeat artists.

He is well known for his hit song “Zoom,” which serves as the prelude of his 2020 debut EP “Razor.” In 2021, he won an award for Best Duo African HipHop at the All Africa Music Awards alongside Fireboy DML.

Cheque - No One Else (Official Video) (feat. Jackboy)

Cheque - No One Else (Audio) feat. Jackboy