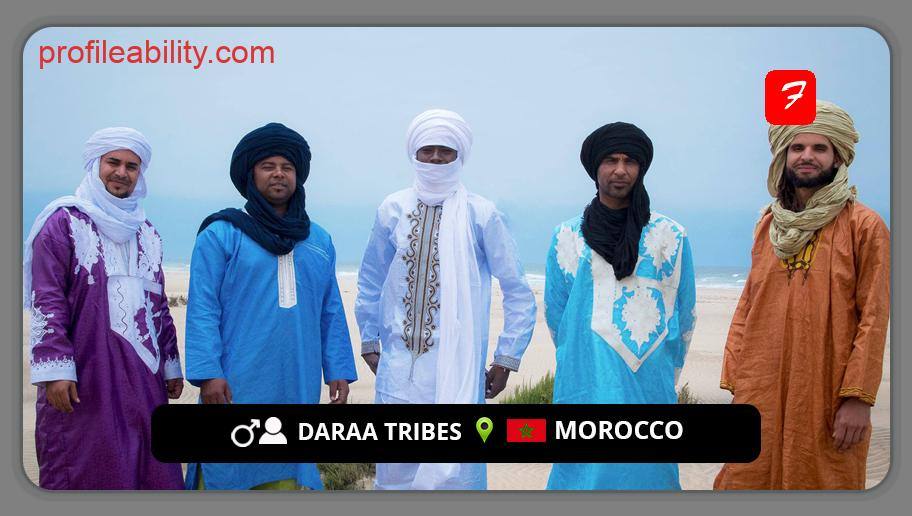 Formed in 2014 and named for the collaborative characteristics of their home as well as their music, Moroccan five-piece Daraa Tribes (the blues of the desert) have a sound that borders on the romantic.

Daraa Tribes hail from the Moroccan oasis town of Tagounite in the Daraa River Valley, where each member originates from a different tribe, bringing with them multiple musical traditions to produce an eclectic sound unique only in the oases of the North African Sahara.

As they shared the traditional musical traditions of their separate tribes with one another, the band’s musical interaction rapidly evolved to mirror the harmony of their community.