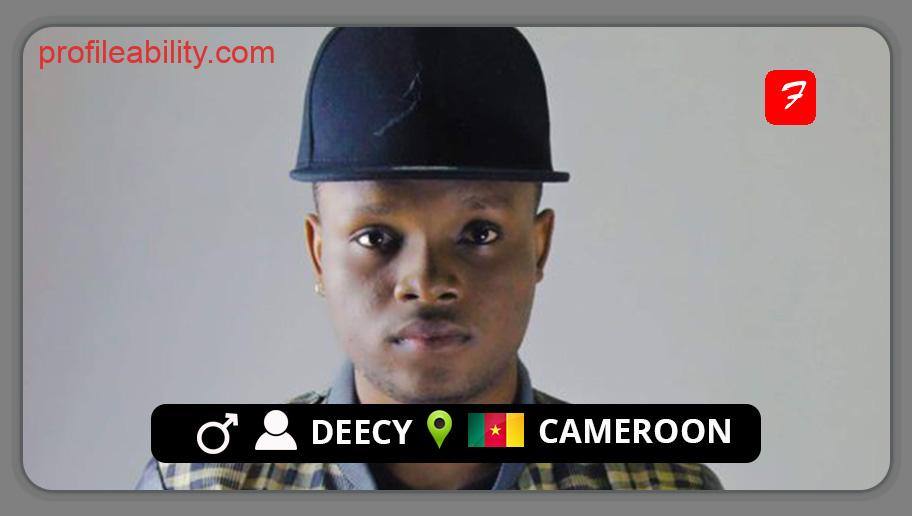 Daryl-Christian Beya Inyang, better known as DeeCy, is a Cameroonian rapper/songwriter, record producer, and novelist born on September 21, 1994. He is also a multi-talented performer and a sound engineer. DeeCy is a multifaceted artist He was the son of the late Felitia and Andrew Inyang, a multi-award-winning writer and filmmaker. His father is Cameroonian, from Kororp in the South West Region, while his mother is from Yakurr Local Government in Nigeria’s Cross-River State.

DeeCy began his writing career as Beya Inyang, with his debut book “My First Little Stories,” a collection of stories he penned when he was nine years old. He had the chance to hone his abilities at a young age, as he was taught to sing and play the guitar by both of his parents.

Ever since his debut in the Cameroonian Urban scene in 2011, DeeCy has been self-releasing tracks including 2011’s rap song ‘’Wettin Do You,’’ with one of Cameroon’s finest artists Jovi. He has consistently demonstrated his flexibility and talents as a record producer on numerous songs, playing multiple genres on the same record.

In 2013, he self-released an E.P. titled “So Far, So Good” through his own record label, Creative Mind Entertainment, containing seven of his Hip-Hop and Afro tracks recorded between 2011 and 2013, which he fully and executively produced. In August 2015, he featured the likes of Arré, Dr. Sley, and Coolkid as well as producers like, Manu Dibango and Deejay Karl on his self-released EP ‘’Action EP’’ which was dubbed with 5 tracks.

DeeCy has recorded numerous tracks, including ‘’Ngombey,” which he produced as Mr. Music and was published by Je-Te-Ya-Mo, a Cameroonian Archaic entertainment business, as well as ‘’Money Buys,” ‘’Chogo Kpak,” ‘’Tell me,” ‘’Since When,” and many more.

DeeCy is unquestionably Cameroon’s most promising recording artist and one of the country’s best singers/producers.