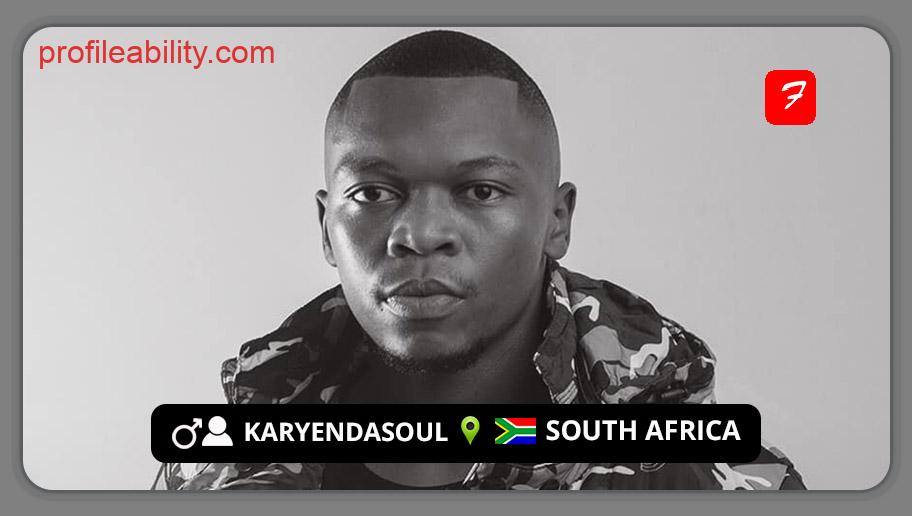 Bonga Ntozini, also known as Karyendasoul, is a multi-talented young South African music producer and DJ from Nqamakwe in the Eastern Cape Province. He creates a well-balanced sound that continues to redefine musically with each new release.

With a single named “8th Brother,” he made his formal debut in 2016 with the Surreal Sounds Music album “WE LIVE 4OUR MUSIC EP” in collaboration with Cape Town’s Red Bull Studios.

Karyendasoul released a three-track EP named “Waka” in 2018, which was well-received and hailed as his turning point in the local and international dance music scene.

Under his own label, ‘karyendasoul music,’ he released the 2020 single “The Journey,” an Afro-Gqom infused song that gained widespread acclaim and quickly became a mainstream hit in the Afro Tech scene as an anthem, and then followed up with the “Digital Analog EP.”

In 2021, his partnership with Zhao on the tune “In Control” received a lot of attention from national radio stations and DJs all across the world.