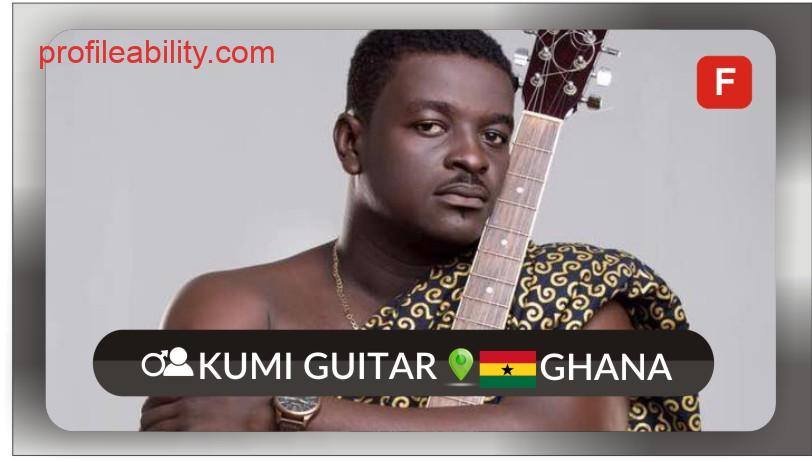 Kumi Guitar is a High-Life musician who talks about love, addresses societal issues & expressing his feelings through the lyrical content of his songs.

Born Nana Yaw Kumi,  on the 16th  of May, He was raised in Accra. His genre of music is a melodious mixture of highlife, Contemporary highlife & Afro-fusion.

His humble beginnings started when he was part of a melodious group in Adisadel College at a tender age. His burst onto the professional scene was triggered by a musical collaboration with another musician on Sugar Tone’s compilation, after which he became a toast of fun-loving Ghanaians with his impeccable lyrics and freestyle lyrics.

His single hit ‘BREAK INTO TWO’ which later featured Guru got him nominated for New Artist of the year in 2014 Vodafone Ghana Music Awards. Under Slip Music Records.

In 2017, The Highlife artiste got a record deal of a five-year management contract with Zylofon Media, a new creative arts company.

BEHIND THE SCENES: KonKonSa - Kumi Guitar

[…] Nana Yaw Kumi, at the sixteenth of may also, He become raised in Accra. His genre of song is a melodious […]