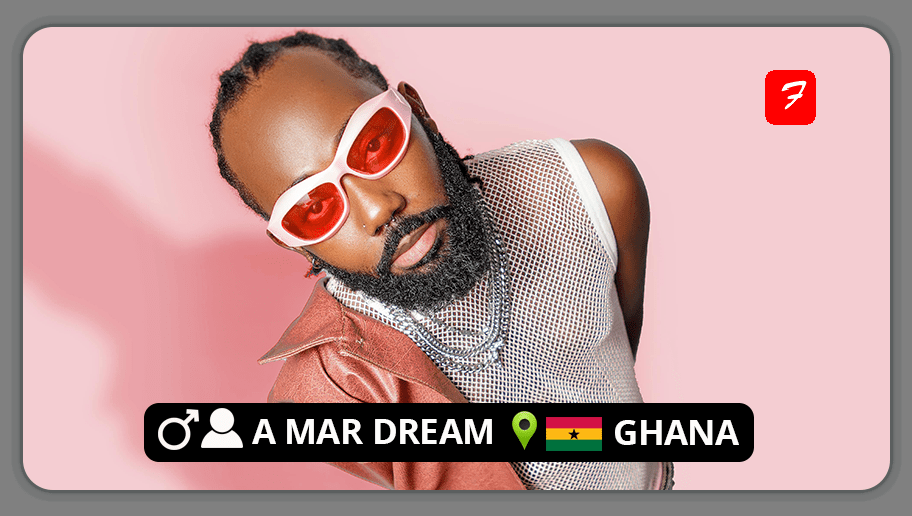 Frimpong Mark Agyin, known professionally as “ A Mar dream ”, is a Ghanaian rapper, singer, songwriter, and producer, born on the 5th of August, 1994. He is best known as the co-founder and frontman of the hip-hop Duo, Dead Peepol.

They started music professionally in 2019 and were nominated for the ‘Best group’ in the 2021 3MUSIC AWARDS together with R2bees, Keche and DopeNation. They bagged 6 nominations.

Dead Peepol released their commercial debut single “Otan Hunu” (translated as sheer jealousy) in 2020 which was a Hip Hop song with Drill leanings. The Rap duo, Dead Peepol along with Rich Kent made huge waves with this record and it was Number 1 on Apple Music Ghana for weeks.

After their single “Otan Hunu” went viral, they made a remix of the song featuring a host of artists including Fameye, Rich Kent, Medikal, Kuami Eugene, Tulenkey, Deon Boakye, Malcolm Nuna, and Bosom Pyung which made it up to the top ten Ghanaian songs on Apple Music again.

“Against” was their follow-up single after scoring their biggest viral hit a couple of months ago. On the 26th of February, the duo released another street heat titled “No Noise” with the uprising RnB singer “Big C” which featured Ghana’s Queen of music Wendy Shay, Bosom Pyung, Kofi Pages, Malcolm Nuna and Kweku Flick.

He was declared a solo Artist on the 30th Nov 2022. Take Your Sh!t, which is his first solo project was released worldwide on December 10th, 2022.

A Mar dream - Take Your Shit

Take Your Shit is out on all streaming platforms. Let’s run it up fam. New Rap Song

A Mar dream - Take Your Shit(Audio)