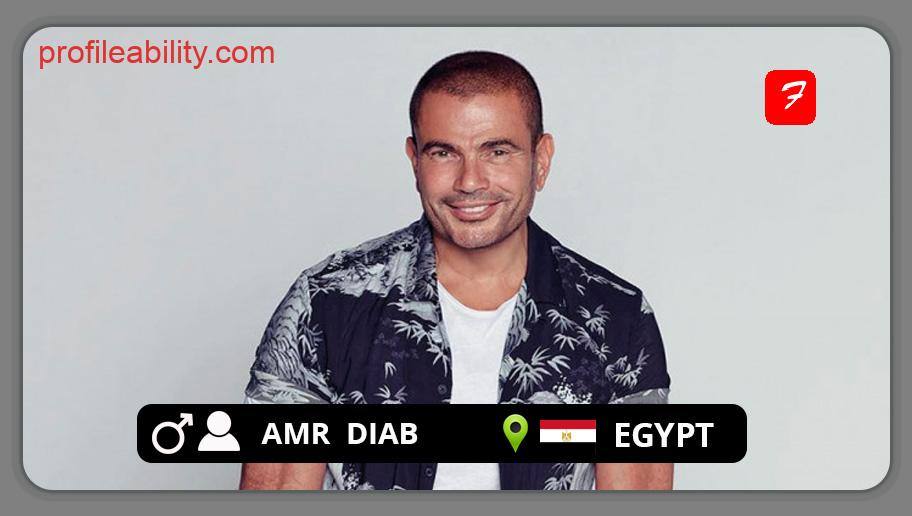 Amr Diab is an Egyptian is an Egyptian singer, composer, and actor. His full name is Amr Abdel Baset Abdel Aziz Diab. Diab was born in Port Said, Egypt, on 11th October 1961. He is referred to as the all-time best-selling musical artist from the Middle East. Diab combines Arabic harmony and Western rhythms into what he calls, Mediterranean Music.

Diab’s father Abd al-Basit Diab was the chairman of Marine Construction and Shipbuilding at the Suez Canal Corporation. When he was 6 years, his dad w took him to the 23 July festival at Port Said, where he made him sing the national anthem of Egypt and Egyptian radio broadcast it. At that event, Diab received a prize of a guitar from the governor of Port Said.

He made his first album, Ya Tareeq, after finishing his degree. After this, he moved to the national capital, Cairo, the next year. While in the city, he obtained a Bachelor’s Degree in Arabic music from the Cairo Academy of Arts. In 1989, Diab tried acting and played himself in the movie, El Afareet. He also appeared in the movie, Deahk We La’ab in 1993.