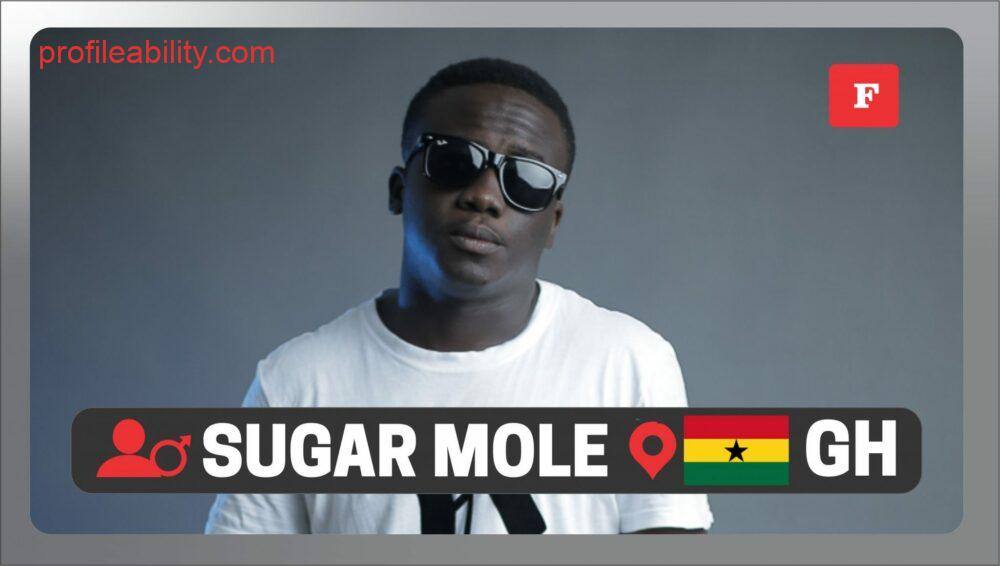 Sugar Mole who has been living all his life in Kasoa completed his secondary school education at Mfantsipim School; he continued to study further at the Kwame Nkrumah University of Science and Technology (KNUST).

The MOLE in the name stands for “My Originality Lies Exceptional”.

According to Sugar Mole, music has really inspired him a lot and has shown him brighter ways of doing things in every aspect thus practising whatever he preaches to the world and its entire generations through his music.

His whole music career started in 2010 but went professional in 2012; Sugar Molé has released a couple of singles which includes M.O.L.E, HOW WE STARTED, CONQUEROR, PARTY GYAL, and EXECUTION.

He became the first Ghanaian to be endorsed and signed by the legend Obrafuor’s Execution Entertainment after the ”TIGO You For Know Rap” competition held in KNUST, Kumasi in 2015.

He has been ranked in Kumasi as one of the fast-rising artists of the Top 10 Upcoming Ghanaian Artistes and has had the privilege of performing on the same stage with big names such as Obrafour, Sarkodie, Daddy Lumba and Amakye Dede.

Sugar Mole is currently in partnership with Dagbandoo Music Alliance and expected to release the “MOLE ALBUM” – a 13 track listed album which features reputable acts in Ghana and would be released with corresponding videos to help promote his brand.

Sugar Mole being Blessed by Obrafour and signed to Execution Entertainment