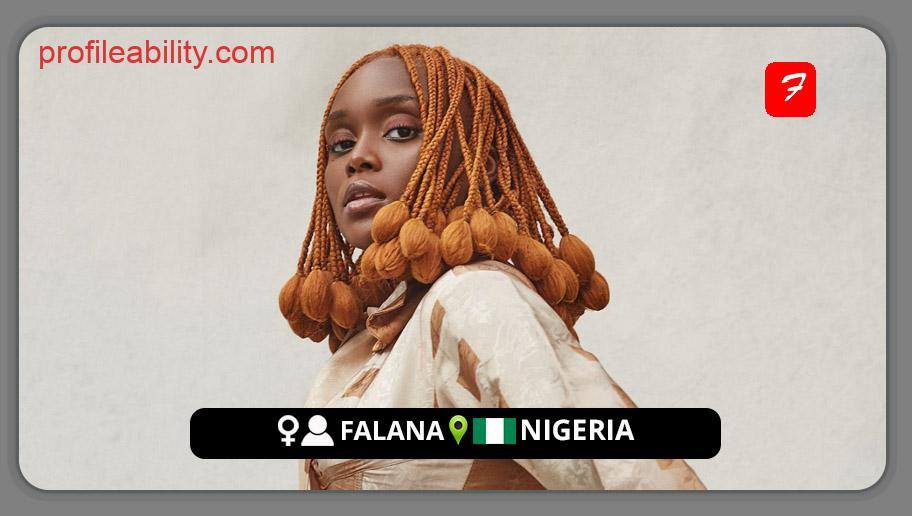 Born and raised in the Toronto suburb of Brampton, Nigerian-Canadian singer-songwriter Falana’s upbringing was soundtracked by a diverse music selection that spanned Fela Kuti to Sia.

Her tone is obnoxious. She straddles her Cajon, beating on the drum between her knees and chomping the lyrics as she riffs, and as the pace develops, it’s virtually sensual.

Falana was introduced to pop, hip-hop, and R&B, which she’d spend hours compiling into her own tunes.

With the release of her highly praised self-produced Chapter One EP in 2019, she made her breakthrough, earning her first headline tour as well as accolades from Vogue, Clash, and Hunger Magazine.

Falling between so many of the genres that have impacted her own journey—from the soul and pop to R&B and Afrobeat—She’s more artistically empowered than she’s ever been, and it shows in the distinctive blend of energizing, soul-soothing pop music that she’s truly made her own.

Falana - Wishing on a Star (Audio)

Falana - Life From My Point Of View (Documentary)