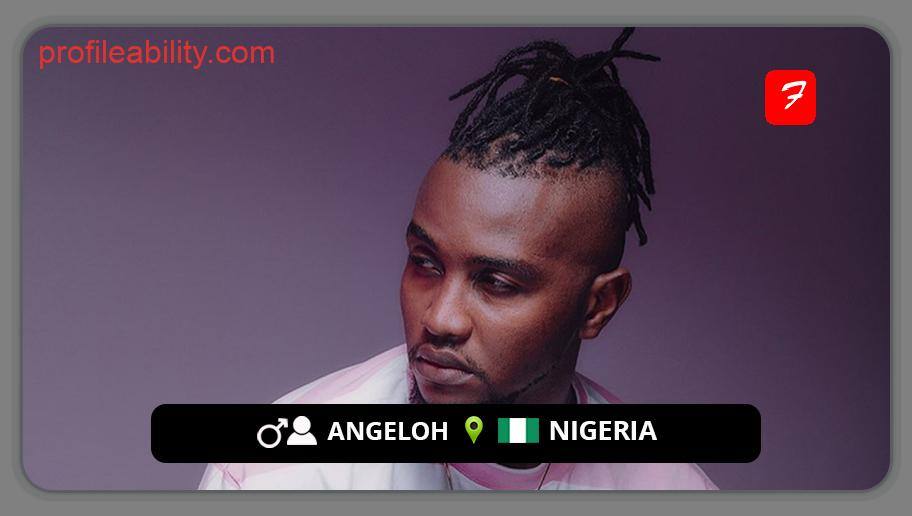 Angeloh is a firm believer in the relevance of urban Christian media and culture. He is a multi-talented musician, artist, and filmmaker who mentors, supports, and counsels young people on issues of “life and godliness.”

He produces with the intention of chronicling the human experience as well as prompting God-reflection, using Afropop music as his preferred genre.

Angeloh has so far recorded a number of solos and featured tracks, progressively establishing his profile in the music industry. “For You,” “Drippin,” “Biggah,” “Knives & Lambs,” and his “Love Child” EP series are among the songs written, recorded, and performed by the Lagos-born songwriter, recording artist, and performer.

In 2018, he became the first-ever African-based artist to be nominated for Rapzilla.com’s Freshman Class alongside Tobe Nwigwe, Wande, and 1kphew.

Music is a gateway for Angeloh, a discussion starter. The conversation is where the magic of changing people’s lives begins for him as a cultural influence. This is his contribution to developing a thriving generation, one that contributes enormous value to society while maintaining high ethical standards.

We are two years married this month! June 27th. Thankful for my baby!

Vibing to “THANK GOD FOR YOU” by Angeloh & Still Shadey . Love made in 🇳🇬 and 🇬🇧

My new Single “Thank God for You” ft @stillshadey OUT NOW EVERYWHERE!

Help us Lord. We need you. #nigeria #world

STREAM “FOR YOU” BY ANGELOH NOW

New Music: “FOR YOU” by Angeloh — OUT NOW

What is Your Dream?

Versatility is a God-Given super power. Embrace it.

WE ARE MAKING A NOLLYWOODBLOCK BUSTER MOVIE!!!

God inspired your dream: don’t set it aside, embrace it, choose it, pursue it — be Happy

God is the Best Redemption Story Writer. He is rewriting your story today!
«
Prev
1
/
5
Next
»