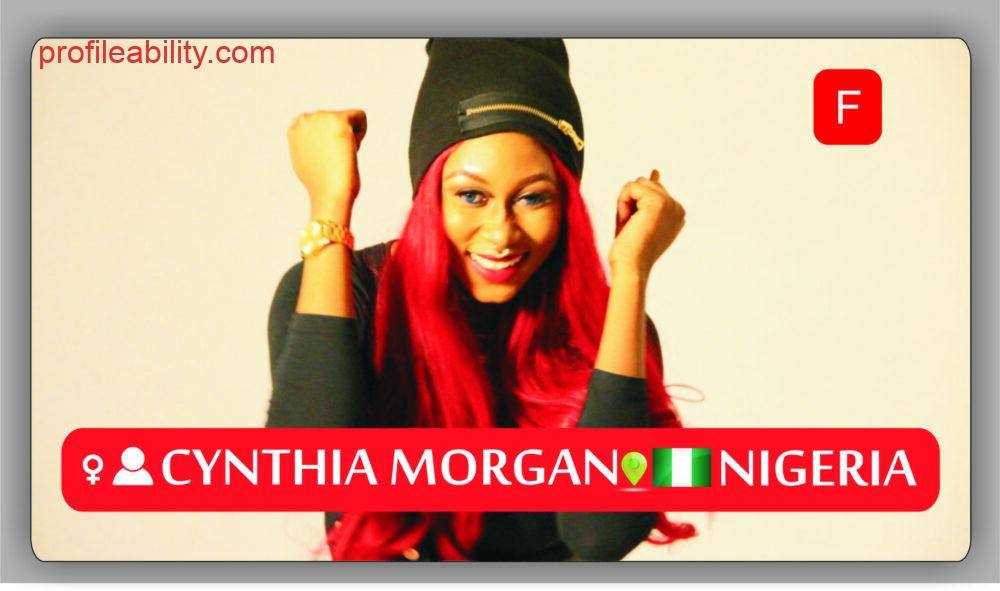 Cynthia Morgan is a Nigerian born musician. Born September 23rd 1991 in Benin City, the South of Nigeria. Her music is a fusion of Pop, Hip Hop, Rap and Dance Hall. She also calls herself Killa Marshal which is her alter Ego. Killa Marshal is a much crazier, sassy and raw side of her.

Cynthia Morgan grew up to become a singer, song writer and composer. She went on to record her debut single at the age of sixteen, getting airplay and interviews for local press in her hometown Benin City. Her professional passion and love for music started at the age of 3. She was raised by a single mother who is now a top music gospel artist in Benin City, Nigeria. Her upbringing was a rough and a tough one.

She was rejected by her father when her mom was 20 years old and pregnant and also after child birth. At the age of 16 years, Cynthia Morgan decided to go into music professionally. She released her first singles at the age of 17 years right after completing High School and got massive recognition and love from fans all over Nigeria. She grew up around musicians and back up singers from her mother’s musical band since the age of three. She then moved to Lagos, Nigeria in 2008 to pursue her career.

With a re-brand on her image and sound, she released her much-anticipated singles in Nigeria on July 9th, 2012 titled High High High and Ojoro. With the release of these songs, Cynthia Morgan trended worldwide for 10 hours and also trended in Nigeria for 48hours.The singer also reveals her sexy edgy look. Both singles shows Cynthia Morgan’s versatility. Critics reviews High.High.High as a complete package of the beautiful artist. It shows all three sides of her, Singing, Rapping and Partua flow.