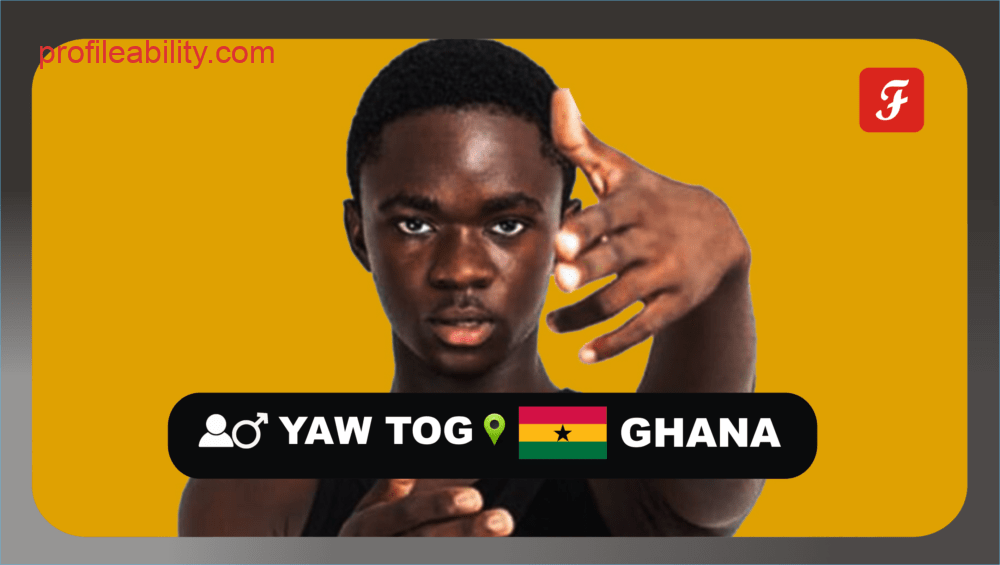 Yaw Tog real name Thorsten Owusu Gyimah is a fast-rising Ghanaian drill musical sensation from Kumasi in the Ashanti Region of Ghana. He is marked as a pivotal contribution to the emerging drill scene which started in Ghana’s Ashanti regional capital of Kumasi. He is best known for his 2020 single ‘Sore’, which features colleagues O‘Kenneth, City Boy, Reggie, and Jay Bahd. Soon after its release, ‘Sore’ peaked at Number 1 on the Apple Music Ghana Top 100 chart.

The Sore song went viral on Twitter, got thumbs up from big names like Vic Mensa, Michael Dapaah, others, and a featured in the Complex and Billboard.

He has disclosed that he admires Kwesi Arthur’s style of making music and that inspired him to also getting into music-making. Kwesi Arthur is one of the successful mainstream musicians we have in Ghana and he has made his mark locally and on the international front.

Yaw is a proud akatakyie of Opoku Ware Senior High School. Already, the ‘Sore’ song has garnered over 1.3 Million views on YouTube with another to add, a remix featuring the Ghanaian UK-born Hip-Hop icon Stormzy and BET nominee Kwesi Arthur after pictures of their video shoot popped up.

Fans go cr@zy for Yaw Tog as he performs