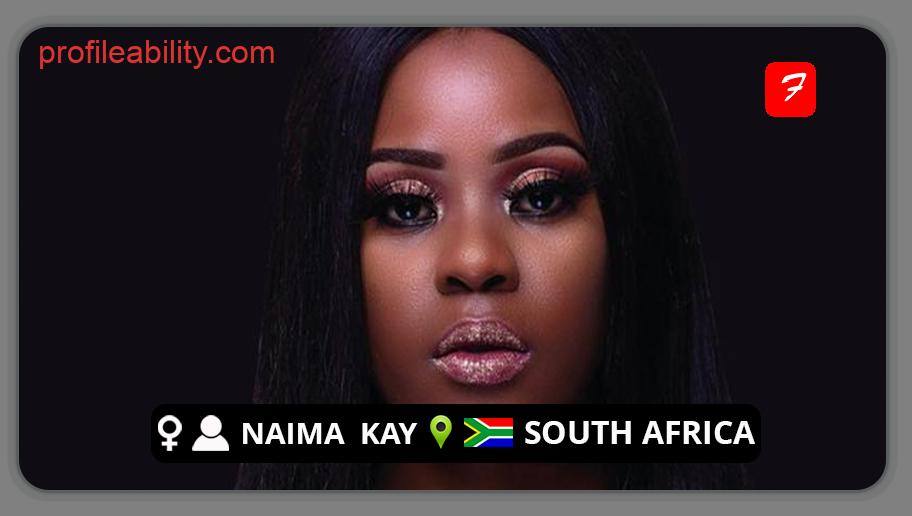 She was raised by her grandmother, Selinah Khumalo whom she cites as an inspiration for her music as well as her brother DJ Sammy who also provided a fair share of her musical inspiration. Naima attended Ingwemabala Comp High, where she started singing and writing songs in her school choir.

Kay began attracting attention when she performed at the Durban Jazz Festival, where she was discovered by the head of Touch Africa Records Mdu Ngcobo in 2009. Upon signing a recording deal with the label, she was given the name Naima Kay, an Arabic name defining Peace and Tranquility.

She had her breakthrough in the South African scene and quickly shot to fame with the release of her debut album ‘’Umsebenzi’’, which was released on January 1st, 2013. The 12-track album was well received gaining her the Best Newcomer award at the 2014 South African Music Award (SAMA).

On November 1st, 2014, she came up with her second album release, a twelve-tune project entitled ‘’Ngiyavuma’’. The album featured the likes of Team Robbie, Robbie Malinga and Scelo Gowane.

Kay has maintained a strong presence, with consistent radio play and live appearances at key national events and Festivals such as UGu Jazz Festival and the Durban Jazz festival.

Naima Kay - thando ( All about Love)